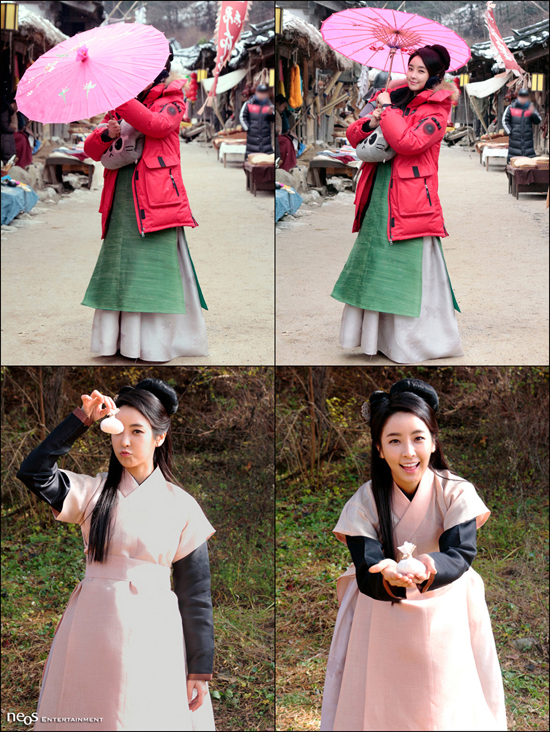 'Six Flying Dragons' star Jung Yoo-mi oozed her cuteness unlike her charismatic character in the drama.

In the revealed images, Jung Yoo-mi strikes such cute poses using the props used for the drama.

Her cute poses draw attention because they are completely opposite to the image of her role Yeon-hee, who's charismatic and cold. Her lovely act outside the filming set is heartwarming.

​Although her role in the drama is heavy and dark, her actual appeals are the bright and healthy energy that brings such vibrant positive vibe to the filming set.

"Actress Jung Yoo-mi fills up the set of 'Six Flying Dragons' with her cuteness"
by HanCinema is licensed under a Creative Commons Attribution-Share Alike 3.0 Unported License.
Based on a work from this source