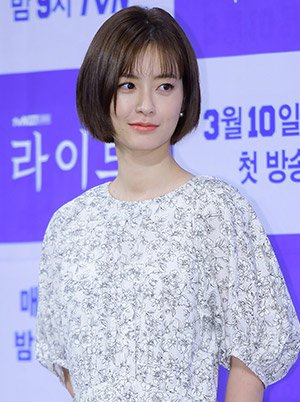 Actress Jung Yu-mi is set to appear in a TV series with its first episode starting this weekend.

In the cop drama "Live" to be aired on the cable channel tvN, Jung plays a policewoman who leads a busy life patrolling her district and responding to emergency calls.

"I will do my best to portray the hard work and dedication that police officers put into their jobs", Jung said at a press event on Tuesday.

"I don't have a lot of courage most of the time, and I'm not a kind of person who openly speaks about social issues", she added. "But I will do so through my role in the series".

The series portrays the busy life of police officers. The first episode will air on Saturday.