Actress, Kim Go-eun of 'Monster - Movie' and 'A Muse' is said to be dating Byun Yo-han 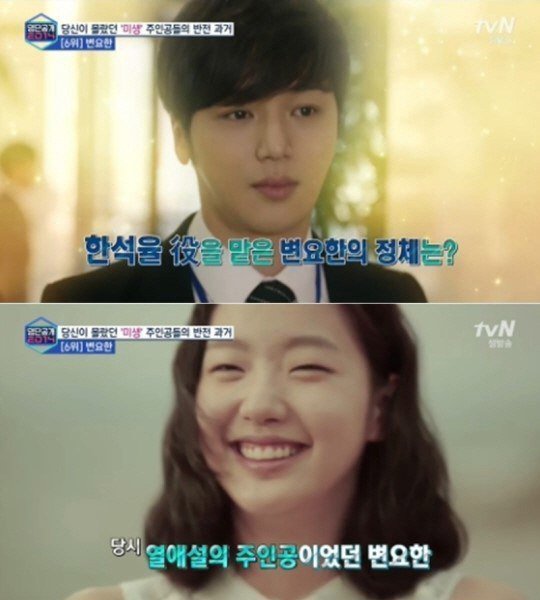 People are saying actor, Byun Yo-han, who is popular with his current role in "Incomplete Life" and actress, Kim Go-eun are in love with each other. As the rumor goes on, Kim Go-eun is drawing much attention.

Kim Go-eun graduated from the acting school at Korea National University of Arts in 1991. She rose as a star with her sensational acting and nude scenes in the movie, 'A Muse' in 2012. With her role in 'A Muse', she swept some prominent awards such as Best New Actress Award from Grand Bell Awards and Best Performance by a New Actress from Blue Dragon Film Awards. She also took on the lead roles in the movies, 'Yeonga' (Short), 'Monster - Movie', 'Coin Locker Girl'. 'A Muse' drew much attention even before the release dates because of her sensational nude scenes.

The agency for Kim Go-eun denied the rumor and confirmed they were just friends and alumni from the same acting school, Korea National University of Arts. Byun Yo-han has been drawing attention by appearing in the movie, 'Cold Eyes' as a supporting role as well as in many independent movies.