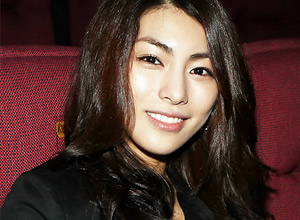 Actress Kim Jung-hwa was revealed to have been dating the musical star Lee Seung-hyeon for going on five five years.

The two met after both being cast as the male and female leads in the musical " Audition " in December of 2007. As it was Kim's first time starring in a musical, the classical/opera style vocalist Lee gave her vocal training lessons. This led them to become very close.

A source close to the two explained that after Kim's debut, she was very busy with various dramas and musicals. Lee was the silent anchor or rock that stood by her side as a source of strength and support. The two have been doing volunteer work together which is how news of their relationship got out.

Kim has starred in "Darling" and "Moby Dick", establishing herself as a musical actress with real talent. She's currently starring in "Paradise Ticket". She's also starring in the historical drama "Gwanggaeto the Great" while emceeing "Volunteer Work Hope Project-Sharing Is Happiness".

"Actress Kim Jung-hwa Dating Musical Actor Lee Seung-hyeon For 5 Years"
by HanCinema is licensed under a Creative Commons Attribution-Share Alike 3.0 Unported License.
Based on a work from this source