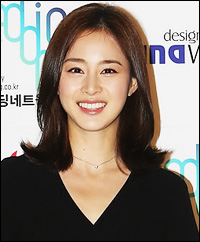 Korea's top actress Kim Tae-hee was unable to hold a commercial event in Tokyo, Tuesday, due to harsh anti-Korean sentiment in Japan amid the wide spread of the Korean wave into every corner of the world.

Kim was scheduled to show up in a new commercial presentation on basic cosmetics for Rohto Pharmaceutical.
The Japanese sports newspaper "Sponichi" reported Monday, just one day before the event, that it was cancelled because of hateful comments on Internet community boards. The negative comments had issue with the top actress Kim being used as a model. "Sponichi" also reported that Japanese netizens are still continuing to attack Kim.

The Korean actress appeared in the Japanese drama, "Me and My Star's 99 Days" but began to receive criticism from anti-Korean Japanese protestors in October 2011. The reason was that Kim had advocated the disputed island Dokdo as Korean territory.

In 2005, she also conducted a "Love Dokdo" campaign with actor Lee Wan as she was named a "Guardian Angel" of the disputed islets in the East Sea.