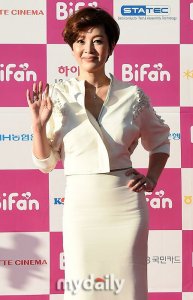 Actress Lee Seung-yeon will marry an entrepreneur known only by his last name, Kim, on December 28.

An acquaintance of Lee said the groom-to-be is a year younger than the actress and that the couple have been dating for the past two years.

The acquaintance said the actress is trying her best to keep her future husband's name and other personal information from the public.

The couple plans to wed outside Seoul city. Lee is scheduled to hold a press conference on November 22 at the Millennium City in southern Seoul to formally announce her wedding plans.

Lee, who was named Miss Korea in 1992, made her acting debut soon after. She was loved by many fans for her talented acting skills and good looks as well as her speaking ability.

Lee starred in numerous primetime TV dramas such as 'The Perfect Love', 'Love and Ambition', Moonhee' and 'In Your Arms' as well as films such as 'Saturday, 2 P.M'., 'Piano Man' and '3-Iron'.