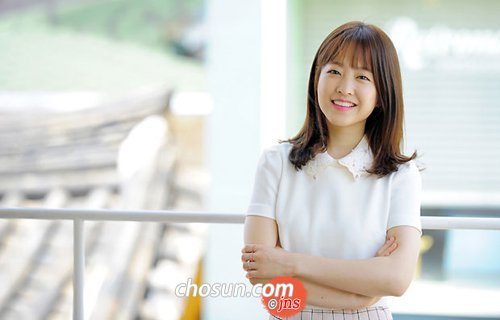 Time really does fly, and actress Park Bo-young -- whom many filmgoers no doubt still think of as the young girl of her early performances -- has now been acting for 10 years. For Park, it has been a decade spent carefully building her career.

In her latest film, the mystery-thriller "The Silenced", which was released last week, Park plays a girl in poor health who is dragged to a sanitarium-style boarding school by her stepmother in 1938, with Korea still under Japanese colonial rule.

"I was intrigued by the possibility of doing things I hadn't done -- especially having to convey such depths of emotion -- through the character", Park said. Despite her passion and ambition, it was a tough job, as the role was unfamiliar territory for her.

Park is still not used to the idea that she's already a 10-year veteran of the film business. "I want to work even harder from now on. I regret not having been more prolific. I should have made more films by now. You need experience to improve and build confidence", she said.

"I've realized one thing for sure, though -- what I really desire. I think I've become someone who's not easily swayed by what others say", Park said. "I'm now satisfied with my acting career and with my personal life. I want deeply to be a better actor, not a 'star.' I just want to develop greater depth as an actor.

"Actress Park Bo-young Hungry for More Film Roles"
by HanCinema is licensed under a Creative Commons Attribution-Share Alike 3.0 Unported License.
Based on a work from this source