Actress Seo Min-jung's talks about her husband and daughter 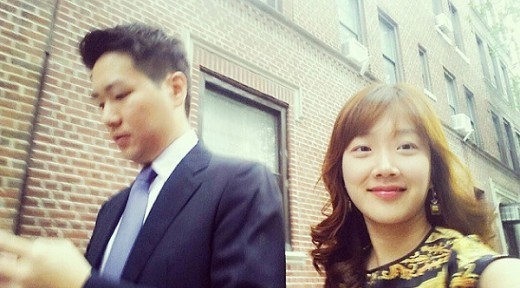 On the 29th, actress Seo Min-jung explained how she was able to make an appearance on a popular quiz show, '1 vs 100' with her husband's support.

Actress Seo Min-jung was one of the most beloved rom-com actress in 2000's with her most popular work, sitcom "High Kick!". As "High Kick!" came to an end, instead of continuing her career, she retired at the peak of her career to marry her Korean-American husband in August of 2007.

She mentioned her husband as a reason for why she decided to participate in the quiz show, "1 vs 100". She said, "My husband wasn't all for it when I made an appearance in the singing show, "King of Mask Singer", but he gave hisapproval on '1 vs 100'". 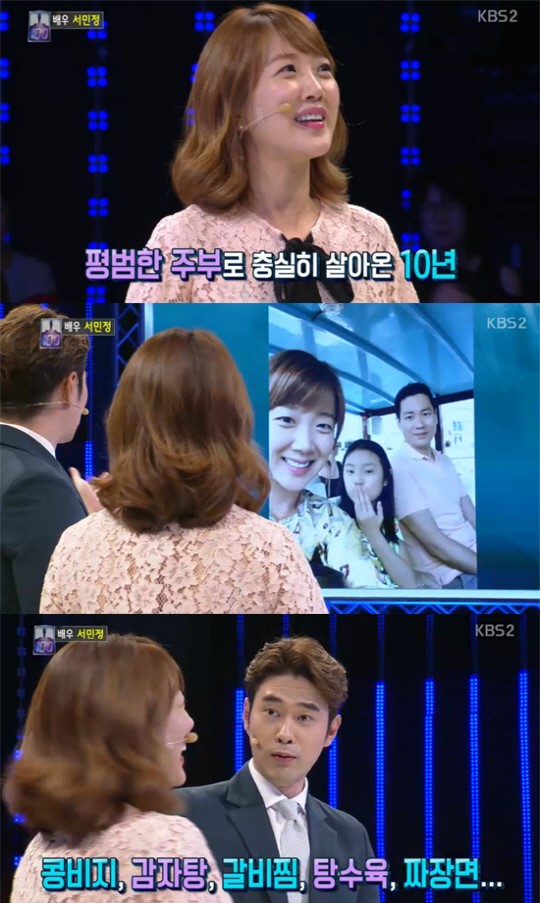 Seo Min-jung is a graduate of Ewha Law School.  As they prepared to begin solving the quiz, she said, "When I was a senior in high school, I was always sitting and studying. So, if I concentrate and use my brain, my backache comes back. And right now, my back is aching".

As the show proceeded, the host of the show asked about Seo Min-jung's daily life between questions, asking about her ten-year absence from the entertainment business and new life she established in US. She said that because her husband is working hard as a dentist in New York, she supported her husband and always made sure to cook him a delicious home cooked meal. According to her, her cooking skill is above average and her husband has gained about 20kg (~44lbs) from all of her cooking since they got married.

Seo Min-jung revealed a picture of her family during the show and many people instantly smiled at the sight of this cute, happy family.

She also shared her motivation while living overseas. It is well known that singer and an actor, Yoon Doo-joon of Highlight is a big fan of actress Seo Min-jung. When she watched him confessing his fan-love in a talk show, she was comforted, thinking, "I was a precious person who had someone be my fan at one time". During the show, she gave a shout out to Yoon Doo-joon for his support and expressed her gratitude.

"Actress Seo Min-jung's talks about her husband and daughter"
by HanCinema is licensed under a Creative Commons Attribution-Share Alike 3.0 Unported License.
Based on a work from this source