Actress Shin Se-kyung has turned into a sexy santa 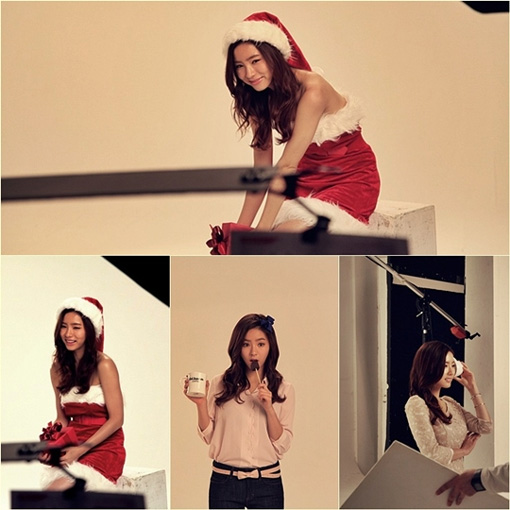 Actress Shin Se-kyung has turned into a sexy star.

Coffee franchise 'Dalkomm' coffee revealed pictures of their model Shin Se-kyung on Facebook. These pictures were taken in a studio in Seoul on the 12th.

In the picture, Shin Se-kyung has changed into many different images. She is a Santa in a red tube dress. She is youthful and pure in a white shirt and denim jeans. She's a lovely woman in a lace dress as well.

Those who have seen the picture say, "I wish there was a Santa like Shin Se-kyung", "She is loveable and cute" and more.

"Actress Shin Se-kyung has turned into a sexy santa "
by HanCinema is licensed under a Creative Commons Attribution-Share Alike 3.0 Unported License.
Based on a work from this source