Actress Son Ye-jin Already Looking Ahead After a Busy Year 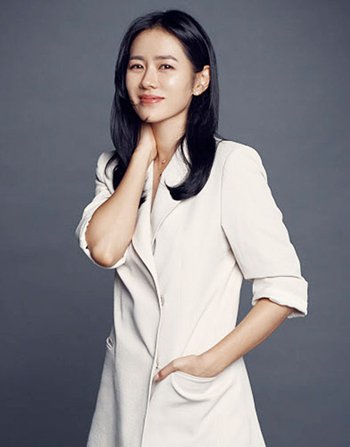 Despite recently completing her third project so far this year, Son Ye-jin appeared lively in a recent interview she gave to the Chosun Ilbo before her new crime thriller "The Negotiation" hits theaters on Wednesday.

Earlier this year she starred in the romance "Be with You", which was released in March, and the hit TV series "Pretty Sister Who Buys Me Food", which concluded in May.

"I used to feel empty after finishing a project, but now the satisfaction that I get from working fills the emptiness. And I'm so happy that the projects I did this year fared well", she said. "I'm just worried that I'll look the same in all the roles".

In her latest film, Son plays a police negotiator dealing with a ruthless arms dealer, played by Hyun Bin, who has taken two civilians hostage.

She said the hardest part of the role was having to constantly perform in front of a screen without physically interacting with her co-star. The two actors were put in different rooms and had to interact through monitors.

"It felt strange, but it helped me to immerse myself in the role", Son said. "After a while, it started to feel like a real negotiation. As we couldn't predict what the other would do, it made the acting more natural. It was very satisfying".

She and Hyun got along well without having to talk a lot, she said. "We had to get to know each other quickly before shooting began, because we didn't see each other much [on the set]. Since we are the same age and debuted around the same time, we've have had many similar experiences. So we related to each other easily".

Son has worked tirelessly since her debut in 2001, taking part in at least one TV or film project every year.

Asked about her future plans, she said she wants to do a project about dance. "I don't know how to dance. But I've always been interested in people who express themselves through their bodies. Of course it must be hard, but I love learning new things", she said.

"Actress Son Ye-jin Already Looking Ahead After a Busy Year"
by HanCinema is licensed under a Creative Commons Attribution-Share Alike 3.0 Unported License.
Based on a work from this source