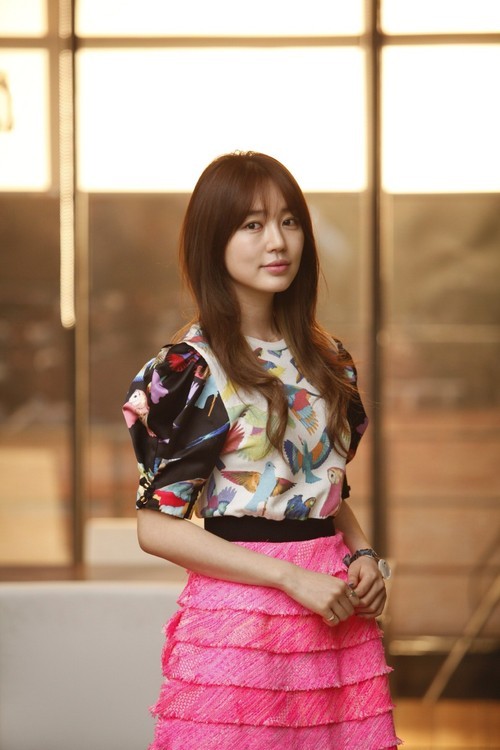 Actress Yoon Eun-hye claims she is mentioned in the SBS TV program "Running Man" everyday and didn't seem to mind it at all.

She told OSEN, "I want to be in "Running Man" when she was asked how she felt about it.

Yoon was in "X-man" with Yoo Jae-suk and Kim Jong-guk. She was made a set with Kim as the 'Sure thing couple' during that time and formed a romantic atmosphere. "Running Man" has been mentioning her name ever since Kim Jong-guk joined the team and about the love-line they had in the past.

Yoon Eun-hye said, "I feel like I'm in "Running Man" every episode even though I don't get paid. I am close with them so I think that's why they say my name so much. But I don't want to be caught up in the love-line with Kim Jong-guk so much though".

She added, "If I was to be in that show, I think I will be talking about Kim Jong-guk for the next 10 years. It's time it stopped" cutely.

"Actress Yoon Eun-hye "I'm in "Running Man" everyday"
by HanCinema is licensed under a Creative Commons Attribution-Share Alike 3.0 Unported License.
Based on a work from this source