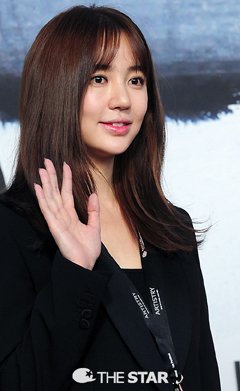 Yoon Eun-hye, who appeared at this year's Busan International Film Festival (BIFF) as a film director rather than an actress on Sunday, said the plot of her debut movie behind the camera is not autobiographical in nature.

"The Knitting" tells the story of a woman who finds an unfinished knitting project while packing to move house.

It was officially invited to be screened at the Wide Angle section for outstanding shorts at BIFF.

Yoon shot the flick while majoring in filmmaking at the Graduate School of Advanced Imaging Science, Multimedia & Film at Chungang University.