Actresses Choosing To Be Managed By Family 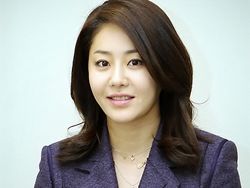 Many of today's top actresses are choosing to keep business and family mixed together. Rather than entrusting the management of their careers to professional, already established companies, they've been employing their family members.

Take top actress Go Hyun-jung, who set up her own entertainment agency with her brother Ko Byung-cheol, called IOK Company. There's also Hallyu star Choi Ji-woo who set up C,JW Company with her brother as the CEO. Kim Tae-hee helped establish her brother-in-law as the head of her management, ROOA Entertainment. Shin Eun-kyung isn't even signed under an entertainment agency, but her two younger twin brothers take care of everything on their own. A similar case is Jang Seo-hee who left her management and is now managed by her mother. These are just a few names as this seems to be the latest trend among female actresses. A trend that used to be much more common in the 90's seems to be back in cycle again.

So what are the pros and cons of leaving matters of business to your family It seems that female stars aren't as worried about which management can bring in the cash cows their way, but rather how much they can trust them. They place more weight on the psychological relief of knowing that their personal matters can be trusted and are safe with their managers. In a time when one rumor can explode and go viral on the web, actresses are more cautious than ever with what they trust to who. Especially because when a rumor does surface, it's always credited to be from a "close source".

Another reason for picking family members as their representatives is because if a portion of their pay is going to go to the management who "found" them that gig, why not have it go to your family Especially in the cases of the top actresses that are almost guaranteed a role if they want it, the management doesn't play a significant role in terms of sealing the deal. So why not give that portion of pay to someone within your own circle Logically, it makes sense. One entertainment agency rep said that actresses have a lot of pride where they don't like to be within the same agency alongside other actresses. This is because often, one project will get a "package deal" where one actress signs on the condition of another actress under the same agency getting a role too. Female stars want managers that focus solely on them, which is just another reason why they turn to their bloodlines.

This choice doesn't always result positively. There was one actress who had her older brother manage her affairs for a long time. However, she eventually chose to go with a professional agency because the quality of her brother's work was declining. Being that it was her family member though, she found it hard to stand up to him and take legal measures against him.

Another similar problem area is that as a relative, managers often find it difficult to say unpleasant things to their client. This could lead to bigger problems in the future such as spoiled actresses that do as they please and result in lower quality work.

At the end of the day, it's really a matter of what works for each star. However, judging from the success of the names listed earlier, mixing business with your personal life doesn't seem like it's all that bad.

"Actresses Choosing To Be Managed By Family"
by HanCinema is licensed under a Creative Commons Attribution-Share Alike 3.0 Unported License.
Based on a work from this source