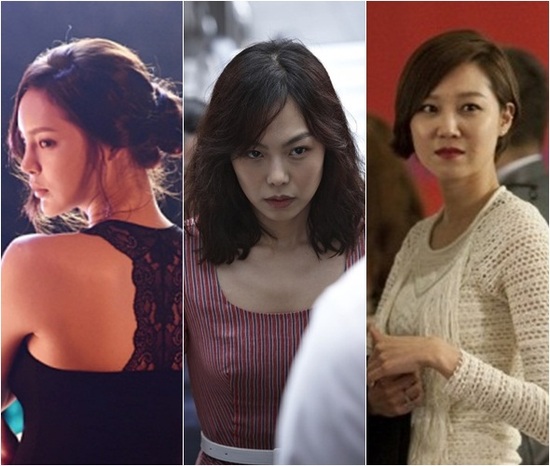 There is a common factor in all the recent hit movies. That is the performances of actresses in their 30s.

Gong Hyo-jin from "Love Fiction", Kim Min-hee from "Helpless", Han Ga-in from "Architecture 101" and Park Si-yeon from "The Scent" are the few that captured the hearts of viewers.

They are also responsible for heating up the off season of February and March. It is not an understatement to say that these ladies widened the pi of theaters during the off-season.

Gong Hyo-jin transformed into a career woman who is honest about love and relationships in the February movie "Love Fiction". She made a shocking reveal of her armpit hair and created a synergy effect with actor Ha Jung-woo.

Kim Min-hee from the movie "Helpless" which was released on the 8th of March, got the most spotlight. She played the role very much like Janus as she traveled from angel to devil.

Han Ga-in from the movie "Architecture 101" which was released on the 22nd last month is her movie come back project and she earned herself the nickname 'icon of fist love'.

Park Si-yeon continues the march. She appears as a mysterious and sexy woman who appears to be fancy and perfect but actually lives a sad life in the upcoming movie "The Scent" on the 11th.

She is being called the Korean Sharon Stone for her bold exposure and many wonder if her voluptuous appeal can turn on the audience. The maturity and dense acting skills of the women in their 30s can be seen as what impersonates them.

"Actresses in their 30s relay woman power"
by HanCinema is licensed under a Creative Commons Attribution-Share Alike 3.0 Unported License.
Based on a work from this source