Added music video for the upcoming Korean movie "As One" 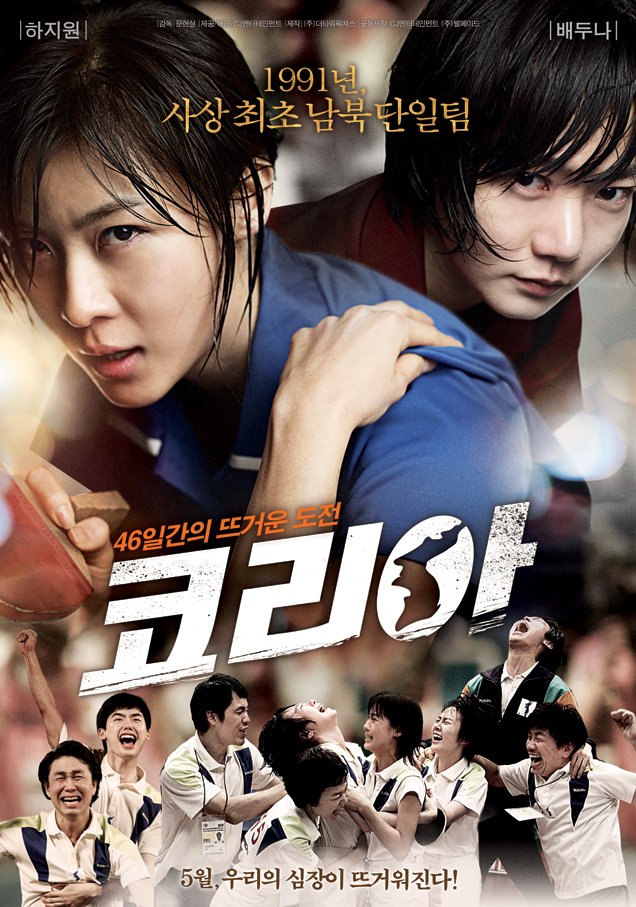 Added music video for the upcoming Korean movie "As One"

Previously known as "Korea"
Synopsis
A unified team representing the two Koreas competed at the 1991 Chiba International Table Tennis Championships. It was the first such sport team since the division of the upcoming Korean peninsula. The unified team won the group competition event, beating the front runner, China. Ha Ji-won plays the South upcoming Korean table tennis player, Hyun Jung-hwa and her North upcoming Korean counterpart, LEE Bun-hee, is played by Bae Doona. The real-life Hyun Jung-hwa makes a special appearance as their coach. Ha Ji-won, with "Duelist" and "Miracle on 1st Street" under her belt, is a rare breed of actress who can tackle action scenes with finesse. Despite the dismal box office failure of "Sector 7" last summer, HA is still one of the few upcoming Korean actresses who can single-handedly provide high box office results. Even though there is a fair amount of attention on the recent development in North Korea, we will have to wait and see whether it will have an impact on the film.