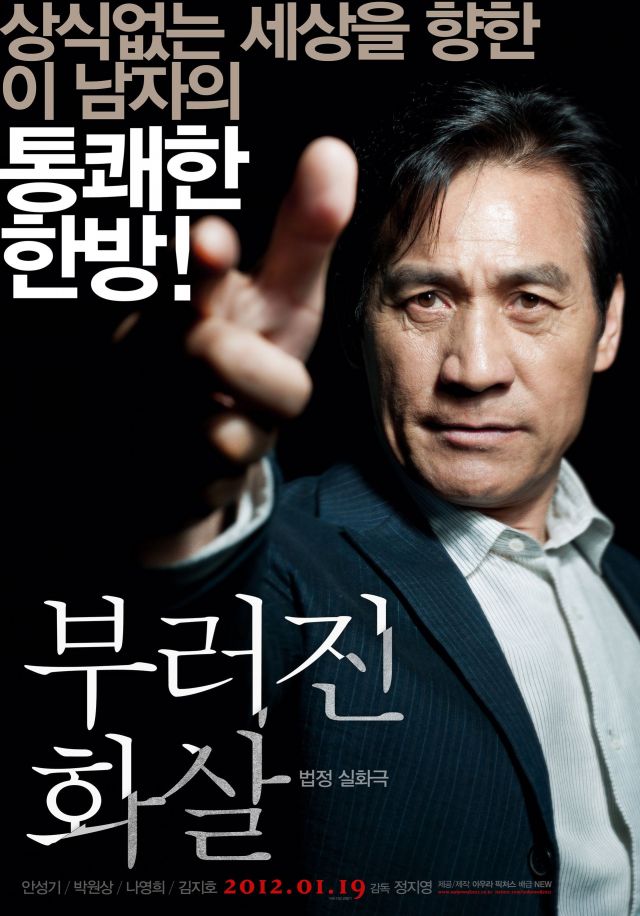 Synopsis
The controversial "Unbowed" dramatizes 2007's Crossbow Terror Incident between a college professor and a judge. Now in his late 60s, director Chung Ji-young emphasizes that he continues to adhere to his awareness of social problems as he did in his heyday of "Nambugun" and "White Badge". Chung's style as a critical realist also remains unchanged. He uses a documentary touch to track and portray how an honest person's conviction can be marginalized by mass logic. While the director does not lose his critical stance, he avoids agitation and sentimentality. The characters do not represent good and evil; they are not dogmatically idealized or condemned. Chung knows how to maintain dramatic tension. Ahn Sung-ki plays the professor, creating an impression stronger than expected. In many ways, his performance recalls "Silmido", and his portrayal of private tenacity is first class. The physicality of his silence telegraphs the movie's theme. Na Young-hee's realistic performance as his wife, Park Won-sang's as the lawyer, and Kim Ji-ho's as a reporter also lend the film increased authenticity. (JEON Chanil)