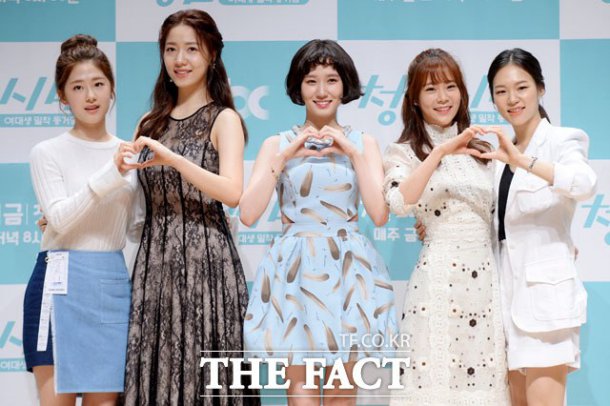 The concept of the drama alone makes one want to know what it's about. Five college girls live in a share-house and be ordinary. The cast of the drama are Han Ye-ri, Han Seung-yeon, Park Eun-bin, Ryu Hwa-young and Park Hye-soo.

Director Lee Tae-gon-I said he had to look far and wide for this cast. An analysis has been done on the five characters who are going to connect with their viewers.

Han Ye-ri takes on the role of Yoon Jin-myeong, a strong girl who goes to school, does tutoring and works part-time. Han Ye-ri said, "Jin-myeong is always under the shade. She was the only person I liked when I read the scenario and she looks like an honest person".

However, Han Ye-ri said, "Our characters aren't like though. We are both tough-willed and have a strong livelihood". 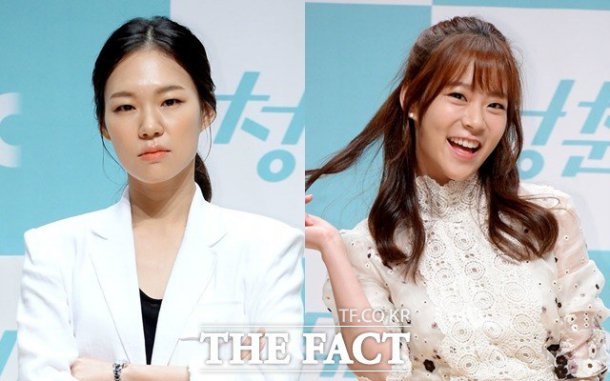 Han Seung-yeon plays Jeong Ye-eun, a fool who only has eyes for her boyfriend. "I thought she was just a nosy person but she's actually very self-conscious and wants love from the person she adores".

"I am not a charming person. I become cute when I'm with girlfriends but in front of guys, I want to look mature. In the drama, I'm the other way around".

Park Eun-bin takes on the role of Song Ji-won who loves to party and drink. "I am very different from Song Ji-won. I am actually quite the opposite in many ways".

"I am also like a guardian angel to the five girls. I am nosy and I love to party and drink. But I do keep a good eye on the five girls. I know them best and I play a big part in letting our friendship bloom". 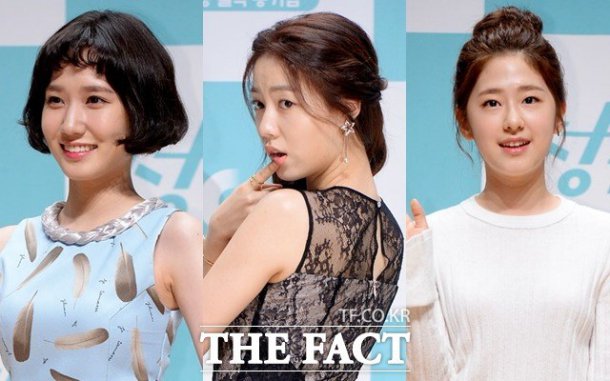 Ryu Hwa-young plays Kang Yi-na, a sexy character who is the envy of all women and the love of all men. "This character is very much like me", says Ryu. "Yi-na's sexy, S-line body and attractive character is what makes her special".

Director Lee Tae-gon-I said Ryu Hwa-young was like Kang Yi-na. "I knew it right away. I knew she would be it".

Park Hye-soo is Yoo Eun-jae, a shy and timid girl who has a strong sense of patience. "I'm like her. As I think harder and harder about my character, I think we are alike in more ways. I understand her much too well".

Lee Tae-gon-I said, "I wonder if Park Hye-soo can play another role again. Eun-jae and Park Hae-soo are so alike I was very satisfied".

""Age of Youth" 5 pretty girls - character analysis"
by HanCinema is licensed under a Creative Commons Attribution-Share Alike 3.0 Unported License.
Based on a work from this source