Ahn Jae-hyun, Ku Hye-sun just loved each other, the couple now has earned the heart of nation 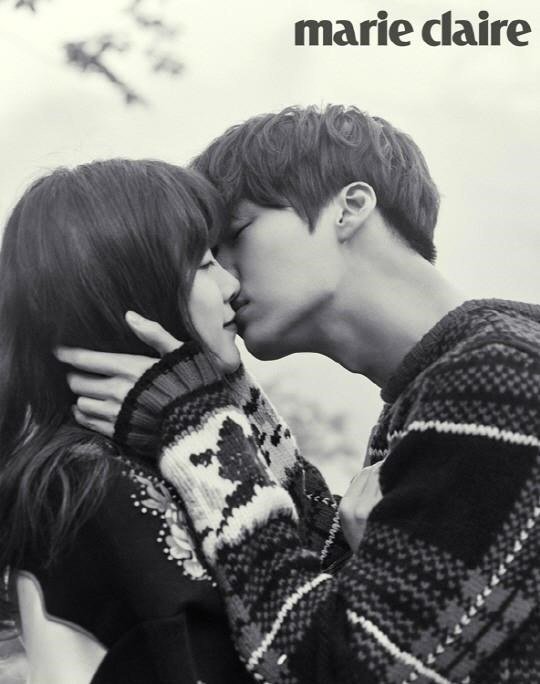 Ahn Jae-hyun and Ku Hye-sun are now a married couple legally. The sweet lovely couple chose an alternative way for their wedding ceremony by making donation using the money they saved up. And with their philanthropic decision, the couple is now regarded as a "couple with thoughts".

Ku Hye-sun completed registering their marriage at Gangnam Municipality Office on May 20th alone. Ku Hye-sun could not hide her happy smile at the office while Ahn Jae-hyun was absent due to his work schedule.

Ku Hye-sun and Ahn Jae-hyun will tie the knot on May 21st in a small nuptial event in which the couple will pay a formal greeting to each other's parents.

As the couple announced that they would donate the fund they saved for their wedding ceremony, their marriage has become more meaningful.

Prior to this, Ahn Jae-hyun appeared in tvNgo 'New Journey to the West' and revealed "Ku Hye-sun is not much interested in materialistic stuff'. Ku Hye-sun and Ahn Jae-hyun's love for each other is not tumultuous unlike any other celebrity couple.

Ahn Jae-hyun, whose image has always been of a cold urban man as an actor so far, is disarmed in front of Ku Hye-sun and cannot hide his pure-hearted smile to his bride. As such, actress Ku Hye-sun, who always seemed to live a splendid life of an actress, happens to be someone who actually looks around and cares about people in needs.

As much as Ku Hye-sun and Ahn Jae-hyun love each other, they also care about the people around them. People are happy to see the birth of their favorable celebrity couple and send out blessings to this lovely couple.

"Ahn Jae-hyun, Ku Hye-sun just loved each other, the couple now has earned the heart of nation "
by HanCinema is licensed under a Creative Commons Attribution-Share Alike 3.0 Unported License.
Based on a work from this source