Ahn Jae-wook returns in 3 years... with drama "Lights and Shadows" 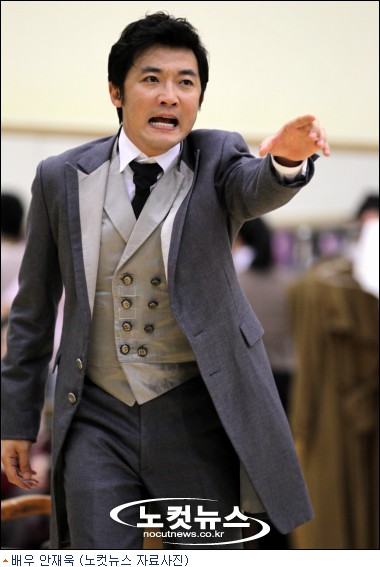 Actor Ahn Jae-wook is about to come back after 3 years of absence.

According to several media related personnel's, Ahn Jae-wook is likely to be the lead male role Tae-soo of MBC's 50th anniversary drama "Light and Shadow". They say, "It is very likely that he will be cast as long as there are no problems".

"Light and Shadow" draws a man's up and down life with modern history as its background starting with the 1960s and the Vietnam War. Ahn Jae-wook will play the role of the first national entertainer for soldiers in war fields.

Ahn Jae-wook is a first class Hallyu star who gained enormous popularity in China as well as Korea with the drama "Star in my Heart" with the late Choi Jin-sil. However, after the pre-produced drama "I Love You - 2008", he was hardly ever seen. Currently he is playing Daniel in the musical "Jack the Ripper".

In a talk show program in 2009, Ahn Jae-wook had confessed that the low rating of "I Love You - 2008" had put him through mental hardships. Whether or not "Lights and Shadows" will recover the loss from then, is in question.

"Lights and Shadows" will be a mutual collaboration by writer Choi Wan-gyoo and producer Lee Joo-hwan. It will be broadcasted in November after "Gyebaek".

"Ahn Jae-wook returns in 3 years... with drama "Lights and Shadows" "
by HanCinema is licensed under a Creative Commons Attribution-Share Alike 3.0 Unported License.
Based on a work from this source