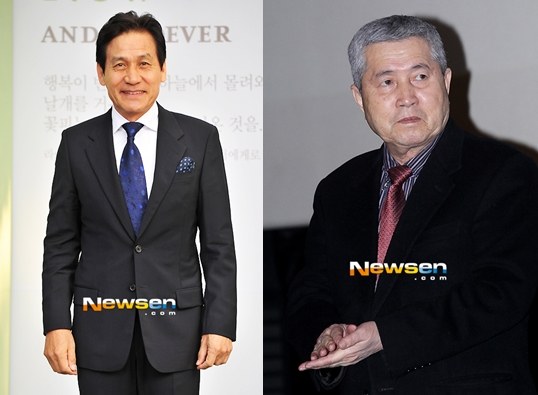 Ahn Sung-ki is starring in the new movie "Revivre". The two met in 2002 through "Chihwaseon".

"Revivre" is based on Kim Hoon's short novel published in 2004 when it was awarded the Top Literature Award. The main male character who's been taking care of his tumor-sick wife for 2 years, starts falling for a female co-worker.

Im Kwon-taek successfully directed the movie "Hanji" and will be having a presentation of the movie in the Busan International Film Festival where 71 of his 101 movies will be screened.

Ahn Sung-ki debuted into the movie industry in 1957 as a kid and was acknowledged as an actor though "A Good Windy Day". He starred in several other successful movies and continued to be active. He recently was in the movie "God's Trick" starring Jung Woo-sung.

"Ahn Sung-ki cast for Im Kwon-taek's "Revivre""
by HanCinema is licensed under a Creative Commons Attribution-Share Alike 3.0 Unported License.
Based on a work from this source