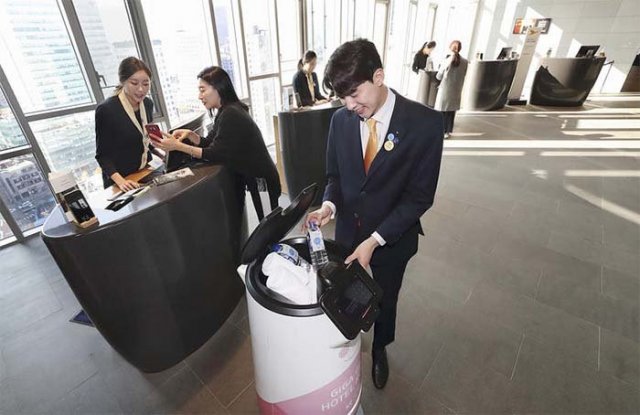 A hotelier gets an "N-bot" ready to deliver amenities to rooms at the Novotel Ambassador Seoul Dongdaemun Hotels & Residences in Seoul on Monday. /Newsis

The job range for robots is expanding. They already guide passengers at airports and cook noodles in restaurants, and now they cater to customers in a Seoul hotel.

On Monday, a robot started services at the Novotel Ambassador Seoul Dongdaemun Hotels & Residences, according to a spokesman.

The robot, dubbed "N-Bot", was put into commercial use by telecom giant KT. It looks like a cylindrical air purifier and delivers towels, toiletries or drinking water to the door of a room when a customer asks for them by phone or through the in-room computer.