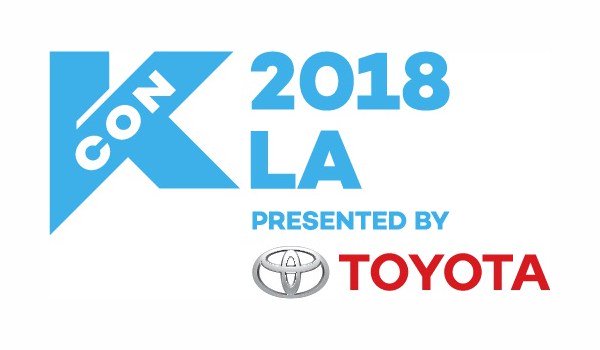 Ailee, Roy Kim, and Echae Kang to perform at KCON pre-event at the Hammer Museum on August 8

KCON and the Hammer Museum announced today a special K-pop fan concert to be held on Wednesday, August 8th, 2018, at 8pm, two days before the commencement of KCON 2018 LA. The show will feature several artists on the KCON line-up including Ailee, Roy Kim, and Echae Kang and will give fans a sneak peek at what's in store for the weekend. The show is free of charge and open to all ages.
The event was created to celebrate Korean pop art and the diversity of the culture and fandom that KCON brings to Los Angeles. KCON has traditionally taken place in downtown LA. KCON West is bringing some of that excitement to the Westside of Los Angeles.
The night after, Thursday, August 9th, at 6pm, the Hammer will also host a screening of The Fortress, the epic story of when the Chinese Qing Dynasty invaded Korea with 150,000 troops in 1936 and stars Lee Byung-hun (Magnificent Seven). A Q&A with director Hwang Dong-hyuk follows the screening.
The Hammer's acclaimed biennial Made in L.A. 2018 is now on view, showcasing artists from the greater Los Angeles area. Galleries stay open late until 10pm on the night of the concert.


AOUT KCON
KCON is the largest, annual celebration of Korean culture including beauty, music and more. KCON Los Angeles will take place August 10th-12th at The Staples Center. KCON offers fans countless panels and workshops, all leading up to two star-studded concerts. Please visit www.kconusa.com for more information on the event and how to get tickets.

ABOUT THE HAMMER MUSEUM
The Hammer Museum at UCLA offers exhibitions and collections that span classic to contemporary art, as well as programs-film screenings, lectures, symposia, readings, music performances, and workshops for families-that spark meaningful encounters with art and ideas.
Admission to all exhibitions and programs at the Hammer Museum is free. Visit hammer.ucla.edu for details or call 310-443-7000.

"Ailee, Roy Kim, and Echae Kang Performs at KCON Pre-Event at Hammer Museum August 8 "
by HanCinema is licensed under a Creative Commons Attribution-Share Alike 3.0 Unported License.
Based on a work from this source