Alarming Rise of Depression Among 20-Somethings 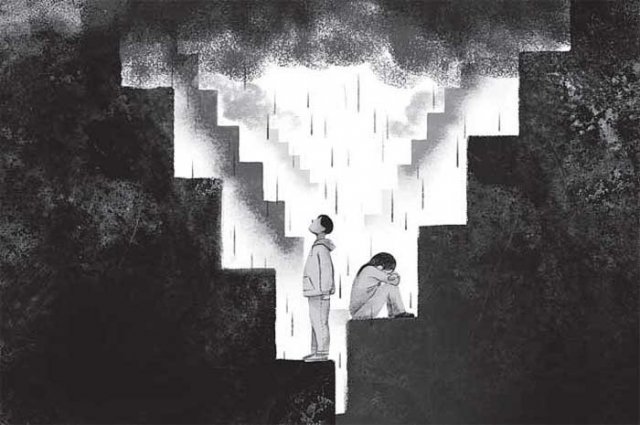 Depression is on an alarming rise among Koreans in their 20s as economic pressures aggravate social isolation.

Patients with depression almost doubled from 49,848 in 2014 to 98,434 last year, according to the Health Insurance Review Assessment Service. From 2010 to 2014, the number of young adults seeking treatment for depression stayed below 50,000 a year, but then it started to surge.

Diagnoses of anxiety disorders also almost doubled from 37,100 in 2014 to 68,751 last year. Depression among 20-somethings has risen 29 percent, while anxiety disorders surged 20 percent. Sleeping disorders, which are more common in late middle age, soared from 27,219 to 32,596.

Experts attribute the surge in depression to high unemployment, social isolation due to inability to form relationships, and lack of independence.

The official youth unemployment figure rose from 7.7 percent in 2010 to 9.9 percent in 2017, dropping only slightly to 9.5 percent last year. But the unofficial figure is believed to be far higher.

The extended unemployment rate includes people who are working only part-time due to a lack of permanent jobs and is a more accurate reflection of the problem. It rose from 21.9 percent of young people in 2015 to 22.8 percent last year.

Social isolation only worsens the problem. Koh Kang-sup at the Young Professionals Institute of Korea said, "People in their 20s are less adept at forming social relationships than older people and their feelings of helplessness are exacerbated by that".

"We tend to write off people in their 20s as hopelessly dependent on their parents and this perception makes young Koreans feel more negative about themselves", said Koo Jung-woo at Sungkyunkwan University. "A lack of channels for young Koreans to express themselves only makes them feel more helpless".

"Alarming Rise of Depression Among 20-Somethings"
by HanCinema is licensed under a Creative Commons Attribution-Share Alike 3.0 Unported License.
Based on a work from this source