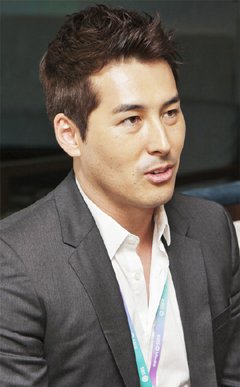 Sean Richard Dulake is the latest American performer who has carved out a niche for himself on Korean TV. The actor came here in the mid-2000s looking for work but took things into his own hands.

"In Korea, a role suitable for somebody like me comes around once every five years", he said. "So I decided to create roles myself".

"Dramaworld" is a fantasy about an American girl who is a fan of Korean TV soaps and ends up living in her favorite series.

It became the most widely-subtitled series over the shortest period on Viki. "I think it was easy for viewers to relate to the heroine, who is a foreigner who becomes immersed in the world of Korean soaps", Richard said. "Fans from 30 countries put up subtitles in their own language in just one day".

Richard's father is a Brit and his mother Korean.

Growing up in Los Angeles, Richard saw his mother watch hit Korean soaps like "Winter Sonata" and "Stairway to Heaven" and became a fan himself. "Even 10 to 15 years ago, you rarely saw an Asian actor on American television", he said. "But watching Korean TV I started to think that I could become an actor too".

Although his accent is not perfect, he is eloquent in Korean.

He debuted in the usual way for the rare foreigners on Korean TV, as a foreign doctor in the 2010 soap "Jejungwon" about the roots of modern medicine in Korean history.

But follow-up parts were scarce, which he now sees as a blessing in disguise because it forced him to produce his own shows.

Why did he create a drama based on Korean soaps? "Fans of the Korean Wave are no ordinary fans. They are super fans who passionately urge their friends to watch Korean soaps as well", Richard said. He added that the tremendous response has led to interest from Netflix and other companies.

The 10-episode series drew attention by poking fun at the stereotypical plots and characters. "If I get to make more episodes, I want to continue to use Korean soaps as a backdrop and insert more formulaic twists, such as amnesia or sudden bouts of cancer", he said.

"American Actor Carves Niche Out of Korean Soaps"
by HanCinema is licensed under a Creative Commons Attribution-Share Alike 3.0 Unported License.
Based on a work from this source