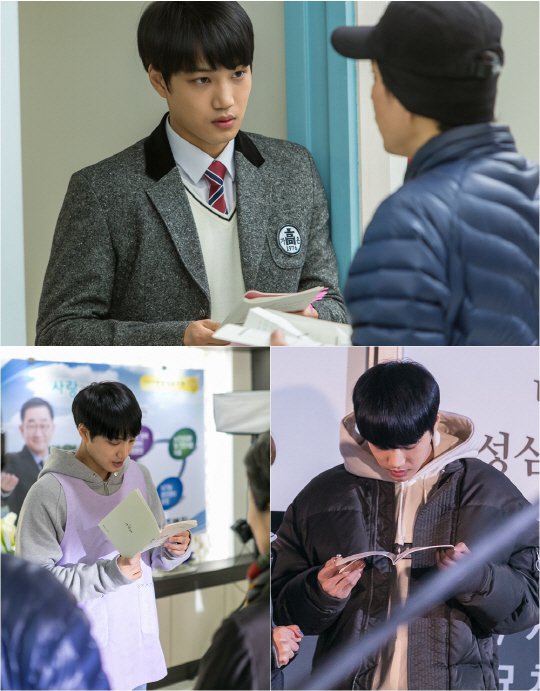 EXO's Kai is in the middle of filming the new KBS drama "Andante".

Behind the scene cuts of the making were released.

Kai looks deeply engrossed in his script. He looks sincere during rehearsals and has both his hands on the script.

Everyone knows he loves his script. Despite the cold wind, he won't let go of it as he's busy checking his lines over and over again.

As soon as the 'cut' sign is given, he is the first to run over to the monitor and check himself. He gives back and forth feedbacks with the staff and tries to perfect his performance.

In "Andante", Kai plays the part of a 18 year-old named Si-kyeong who leaves Seoul and goes to school in a countryside. He's not happy with it and rebels to show his displeasure.

The production claims that Kai is an actor with potential.

""Andante" Kai, a rising star "
by HanCinema is licensed under a Creative Commons Attribution-Share Alike 3.0 Unported License.
Based on a work from this source