Annual Festival in Busan to Screen Over 300 Films This Year 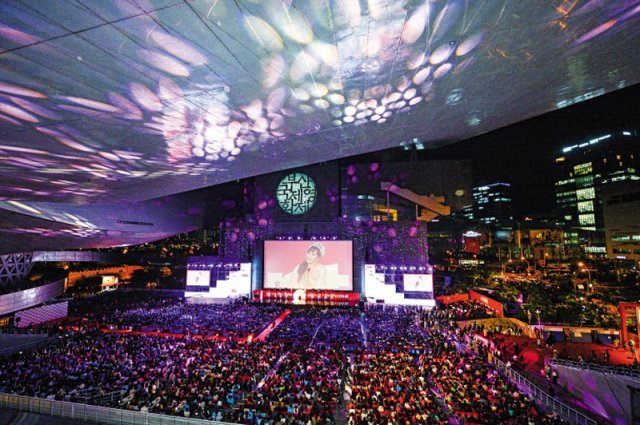 This year's Busan International Film Festival will start its 10-day run next week.

Some 300 films from 69 countries will be screened at the annual event, which opens on Oct. 6 with the Korean film "A Quiet Dream" directed by Zhang Lu. The movie revolves around a young woman who runs a small bar and the young men who try to win her heart.

Iraqi director Hussein Hassan's "The Dark Wind" will wrap up the event.

Among the renowned actors and filmmakers expected to attend are U.S. actors Miles Teller and Aaron Eckhart, co-stars of "Bleed for This", a boxing biopic about former world champion Vinny Pazienza. Teller starred in the 2014 hit "Whiplash" directed by Damien Chazelle, who will also be in Busan to present his latest film, "La La Land".

A number of Japanese directors and actors are expected to appear at the festival, including Joe Odagiri, star of "Over the Fence" directed by Nobuhiro Yamashita, and actor Ken Watanabe, who returns to Busan this year to promote his new film "Anger".

Jun Kunimura, who has gained some recognition here after appearing in the Korean thriller "The Wailing", will be on hand to meet fans in the port city, while director Makoto Shinkai will show up at the festival for the first time with his mega-hit animated film "Your Name".

Three well-known Asian directors -- Hou Hsiao-hsien of Taiwan, Hirokazu Koreeda of Japan and Lee Chang-dong of Korea -- will also meet to talk about Asian films in a special session on Oct. 10.

For more information, visit the festival's website at www.biff.kr.