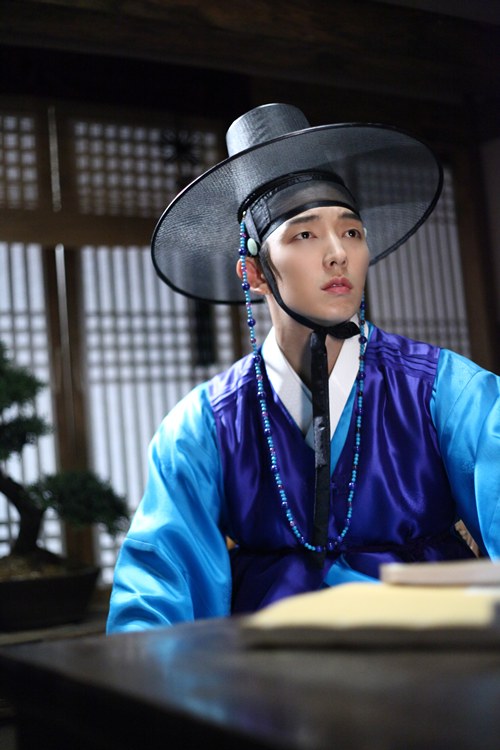 Lee takes on the role of Eun-oh the magistrate who can see ghosts.

In the picture revealed on the 30th, Lee is wearing a blue Hanbok and transformed as Eun-oh.

It feels like Lee is putting in all his energy into the drama as this is his first drama since National Service. He is seen reading his script during short breaks and is engrossed in his character.

"Arang and the Magistrate" is a fantasy romance Chosun drama based on motive of the Arang Legend about a ghost named Arang (Shin Min-ah) meeting a bad-tempered magistrate and wanting to know the truth about her death.

Meanwhile new MBC drama "Arang and the Magistrate" will be aired in August.

""Arang and the Magistrate" Lee Joon-gi's faint eyes"
by HanCinema is licensed under a Creative Commons Attribution-Share Alike 3.0 Unported License.
Based on a work from this source