that serve as the backdrop which adds realism to the production. 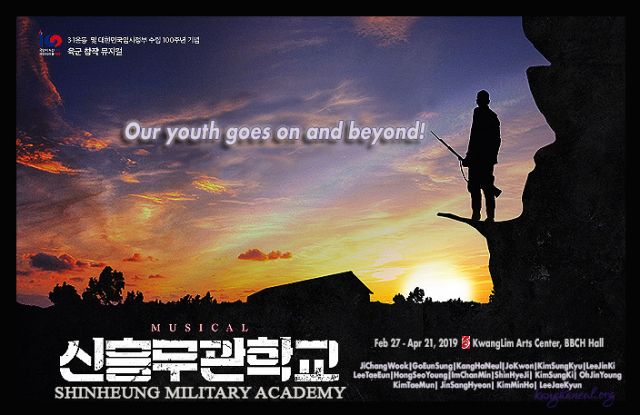 Sponsored by the Republic of Korea Army and co-produced by Shownote and the Cultural Foundation of the National Museum of Korea, the production is part of the celebration of this year's 100th anniversary of the March 1st independent movement and the establishment of the provisional government of Korea.

Musical "Shinheung Military Academy" tells about a group of patriotic and brave youth who lived in the early 1900s when Korea was under Japanese rule. Armed with great love for their country and determination to free their motherland from oppression, they trained together at Shinheung Military Academy in Manchuria. Through the difficult and harsh times, their friendships grew stronger and deeper as they they look forward to realise their the dream of independence for Korea.

The show features historical events that serve as the backdrop such as the disintegration of the Korean Imperial Army, the death of King Gojong and the battles of Bongodong and Cheongsanri,which adds realism to the production.

The "Shinheung Military Academy" musical premiered at Theater Yong in Seoul on September, 9 2018. It was followed by a tour in 12 cities across the country where it attracted more than 52,000 spectators, including 12,000 ROK soldiers. 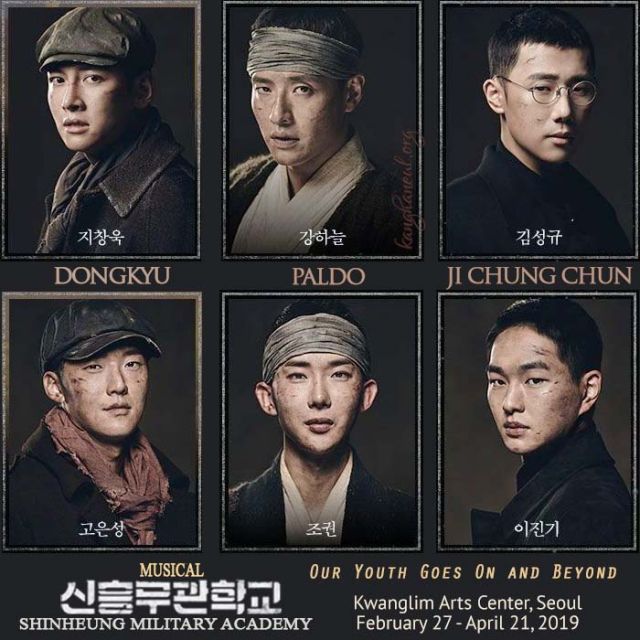 For the 2019 encore performances, original main cast members Ji Chang-wook, Kang Ha-neul, and Kim Sung-kyu will reprise their roles. In addition, they will be joined by musical actor Go Eun-sung as Dong Kyoo, 2AM's Jo Kwon as Pal Do and SHINee's Lee Jin-ki ("Onew") as General Ji Cheong-cheon.

Furthermore, the audience can look forward to the new production which is the improved and upgraded version of the original show in terms of choreography, set design, lighting, sounds, props, and costumes.

"Shinheung Military Academy" will be performed at the KwangLim Arts Center BBCH Hall until Sunday, April 21. Tickets can be purchased from the global sites of Interpark and Yes24.

"Army Musical "Shinheung Military Academy" Starts Anew"
by HanCinema is licensed under a Creative Commons Attribution-Share Alike 3.0 Unported License.
Based on a work from this source