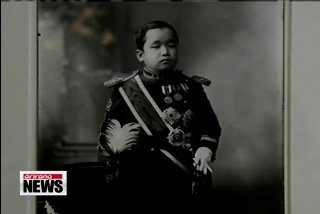 It's the start of a new week and we have our Michelle Kim with us for our regular arts and culture segment. Today, she has an exhibition preview and two movie previews for us.

What do you have for us today[Reporter : ] There is a collection of rare photographs of the Korean Imperial Family on display this month at the Deoksu Palace Museum. The photos provide valuable insight into the personal and political life of the emperor and his family.

When Emperor Gojong first had his picture taken in 1883, he discovered he loved being photographed.
But as much as the emperor may have enjoyed being in the spotlight, he also recognized that the photos gave him an opportunity to introduce Korea to the world at a time when the country was at risk of losing its sovereignty to Japan.
The emperor would frequently allow himself to be photographed by foreign visitors and the photos were then published around the world.
But the photos haven't been seen by the public for years.
Now, a collection of these photos, including the first photo of Emperor Gojong taken by Percival Lawrence Lowell, is on display at the Deoksu Palace Museum of the National Museum of Contemporary Art, Korea through January 13th.
The photographs were given by Emperor Gojong to Alice Roosevelt, President Theodore Roosevelt's daughter, as a present when she visited Korea in 1905.
The emperor gave the photographs to her with the hope that it would bring economic and political help from the U.S.
According to the exhibition curator, this was a common way to curry favor with foreign nations at the time.

[Interview : David Hogge, Head Curator Smithsonians Museum of Asian Art] "One of the most important uses of photography was as diplomatic gifting, hoping to persuade other world leaders to support their diplomatic initiatives by these interpersonal exchanges basically from individual to individual".

The 200 photographs on display cover the time from the beginning of the Korean Empire in 1880, to 1905, when the Empire lost its sovereignty to Japan.
The photos provide valuable insight into that period and show what the country was like just before the Japanese colonial period.
The "Photographs of the Daehan Imperial Family" exhibition will be held until January 13th and admission is 4,000 won.

That definitely sounds like an educational exhibition, and a great way to spend time with your family.

[Reporter : ] That's right. The photographs are all original prints so this is a rare opportunity. Admission is 4,000 won for adults but free for teenagers and children.

That's good news for families who are thinking of visiting the exhibition. And now moving on, what else do you have for us 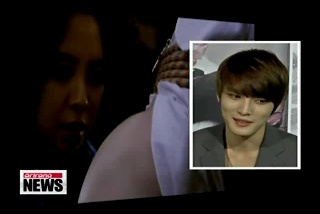 [Reporter : ] Switching gears to movies, I have two previews of movies that have been released here recently. One is a hilarious romantic comedy and another is a horror film that will definitely give you nightmares. Take a look.

An assassin has a pop star in her sights in the new romantic comedy "Jackal is Coming", but the plan goes awry when she is foiled by her own feelings.
Bong Min-jung is a legendary assassin who is hired to kill K-pop star Choi Hyun, but there are a few problems with her plan.
Her skills are not quite up to snuff and Choi becomes comfortable around her knowing that he won't be killed.
Meanwhile, Min-jung starts to develop feelings for her target and Hyun finds out that the person who hired Min-jung was his ex-girlfriend
The film represents the cinematic debut of Kim Jae-joong of the K-pop group JYJ, who talked about the role with the press.

[Interview : Kim Jae-joong, Actor] "I've shown my charming side throughout my singing career, but I hope the audience will enjoy the new, more comical side of me in this movie".

The writer and director of the film "The Exorcism of Emily Rose" and the producer of the film "Paranormal Activity" team up for a new supernatural horror film starring Ethan Hawke.
"Sinister" tells the story of a true-crime novelist named Ellison Oswalt and the consequences of his desire to write the perfect true-crime novel.
To gain inspiration for his book, Ellison moves his family into a house where another family was recently murdered.
When he finds a box in the attic containing a projector and several reels of film showing how the family was killed, he becomes obsessed with the films and plunges his family into a nightmare of supernatural horror. 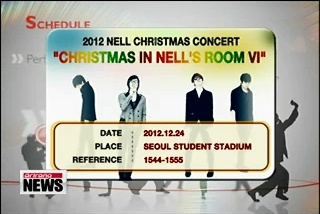 Well these are two very different films. I'm interested in seeing "Jackal is Coming". How about you ?

[Reporter : ] I'm with you on this one, mostly because I am not a fan of horror films, and "Sinister" seems like it would be a very difficult film to watch.
In contrast, "Code Name: Jackal" is a surprisingly funny and lighthearted film and seems like it will be a good film, despite its predictable storyline.

I guess it's the kind of film to watch if you need a good laugh, which is good enough for me. And now to wrap things up, you have the events bulletin for us

[Reporter : ] That's right. Singer Jo Sung-mo starts the month of December with a concert featuring his greatest hits, singer Kim Jang-hoon will take the stage later in the month, and the band Nell will be holding a concert on Christmas Eve. Here are the details.

Singer Jo Sung-mo will perform for the first time in five years for all the fans who have enjoyed his music in the past. Since his debut in 1998, the talented musician has won the most Golden Disk Awards of any Korean musician. The concert is on December 1st at Ax-Korea in southern Seoul.

Singer Kim Jang-hoon will be holding a series of concerts to bid farewell to his fans before moving to China for about 3 years to promote his music there. At the concert in Seoul, which will take place at Jamsil Indoor Stadium from December 20th to 25th, he will perform his new single "None" and a collection of his earlier hits.

In their first performance since Christmas 2007, Nell will be performing their dreamy melodies at the Seoul Student Stadium on Christmas Eve. The band will be holding two concerts, one at 7:30 p.m. and the other at midnight on December 24th.

Thank you for the update.