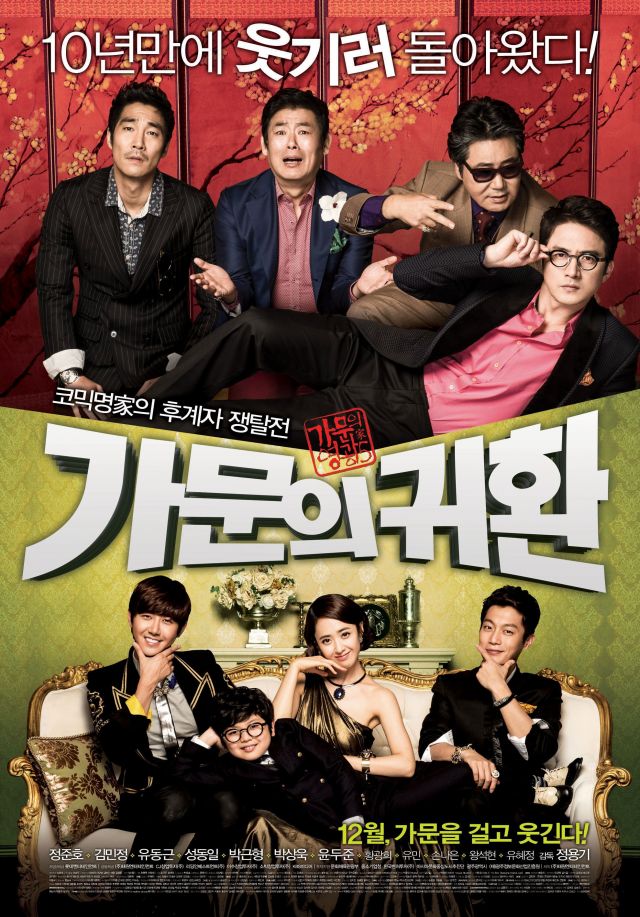 And now it's time for our daily arts and culture update with our Michelle Kim. Let's see what she has for us today.

At a Buddhist temple in the midst of Gangneung's Man-wel Mountain , a group of monks is busy roasting coffee in a brazier fired up by charcoal.
The roasted coffee beans cool as they are winnowed like rice.
The beans are then put into a millstone to be ground.
The monks claim that the use of traditional Korean items to make their coffee creates a different flavor than might be expected.

[Interview : Ven. Jung-ro] "When you use a millstone, the coffee beans are crushed into grounds, but coffee grinders cut the beans into pieces. That's why the two taste different".

The monk's skills as a barista are evident, as he slowly pours water into a cup filled with the crushed coffee grounds.
Afterward, the monks offer the coffee to temple visitors, who drink it out of the same small cups usually used for traditional tea ceremonies.
Monks at this temple, Hyundeok-sa, have been roasting their own coffee for the past three years, and recently, they've added a coffee-making workshop to their regular templestay program.
Visitors who participate in the program, which also includes traditional meals and an overnight stay, are able to see and learn about the whole process of making coffee, including roasting and grinding the beans.

[Interview : Kim Mi-sook, Visitor] "I love that the flavor of the coffee lingers in my mouth for a while and the coffee is even more delicious because I'm surrounded by nature".

This unique blend of Buddhist tradition and coffee has brought forth a new Korean flavor -- and it's one you likely won't want to miss.

Wow! Now that sounds like a really interesting experience. I wonder what the coffee tastes like[Reporter : ] I do, too. I guess we'll just have to go there and experience it for ourselves. As you saw in the video clip, the coffee workshop is part of a templestay program that includes an overnight stay in the temple and traditional Buddhist meals. Can you imagine how amazing it would be to be up in the mountains, surrounded by nature, drinking a cup of coffee that you had just ground and brewed by hand That's healing time for me right there. I've been under a lot of stress these days and I feel like having a nice cup of coffee in the mountains would be a great way to enjoy the peace and serenity of the temple. And now moving on, what else do you have for us[Reporter : ] Up next, a couple of film premieres. These two new Korean movies are in theaters across the country right now. Take a look.

It's love to the rescue in the film "Love 911", when a firefighter who lives with the pain of not being able to save his wife from a fire meets a doctor named Mi-soo who seems like a cold-hearted person at first but is really a wounded soul with a secret.
The two meet when Mi-soo starts work as a volunteer paramedic and together the two fight through horrifying gas explosions, car crashes and explosive fires to save peoples lives.
Though their focus is on saving other people's lives and taking care of other people's wounds, they slowly start to fall for each other, but will the spark that brought them together be able to withstand the barriers they've put up Another Korean film that's in theaters now is the fifth, yes fifth, installment of the "Marrying the Mafia" series.
Like its predecessors, the long-running series follows a crime family that's trying to go straight but keeps getting pulled back into the underworld.
This time, the family starts an architecture company and everyone is on their way to a life of clean living when they begin to suspect that their son-in-law, Park Dae-seo, is trying to trying to take over the company while leaving them out in the cold.
In the first film, the family concocted a twisted plot to arrange a marriage between Dae-seo and their daughter Jin-kyung.
This time, they're planning another huge set-up to drive Dae-seo out of the company and you can bet that the hijinks that ensued in the previous four films will be in play here, too.

Both "Love 911" and "Marrying the Mafia 5 - Return of the Family" are in theaters right now.

So one's a sad love story and another's a comedy. Those sound like two great options for the weekend. Which will you watch[Reporter : ] I say go for "Love 911" I'm all about the comedy and I've enjoyed most of the "Marrying the Mafia" series, but you know, a fifth movie seems to be pushing it just a bit. The characters have changed throughout the five films, but now all of a sudden they're going back to the ones from the original film.
For example, I don't think bringing back Dae-seo, played by Jung Joon-ho,.. was a good idea, especially without his original co-star from that film, Kim Jung-eun. Having the same leading man and a different leading lady may be a bit confusing for audiences.
Aside from that, I've head the "Love 911" stars heat up the screen with steamy, emotional performances that will make for a great date movie.

Point taken, and I think I will have to see "Love 911" Thank you for the previews today, and we'll see you tomorrow with more.

[Reporter : ] You're welcome. See you tomorrow