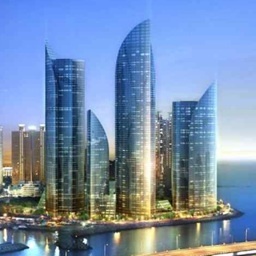 Five-star hotels in Busan are engaged in a frenzied spate of renovations to hold off the challenge of ramped-up competition as a number of major luxury hotel chains are building new properties in the coastal resort city.

Experts say this reflects the enhanced status of Busan as a tourist destination. Hyatt will open its Park Hyatt Busan near the Suyeong Bay Yachting Center in February. Designed by architect Daniel Libeskind, it will boast 269 rooms including 69 suites, a handful of restaurants and a range of other amenities.

Meanwhile, Hilton plans to open its new hotel at a tourism complex in Gijang by 2015, and Hotel Shilla is preparing to run a new luxury hotel near Haeundae in the following year. "We are not participating in building projects, but we plan to manage some of the space within the resort complex", a spokesman for Hotel Shilla said.

Lotte Hotel has been the quickest to meet the challenge among existing hotels in the area, as it recently spent W60 billion renovating old guest rooms and restaurants. It has also been rolling out aggressive promotional activities and organizing events such as inviting fans to meet Korean Wave stars like Lee Joon-gi, Kim Hyun-joong, Jang Keun-suk and Kim Soo-hyun.

"As Busan has become a popular resort destination, more tourists are flocking to the city for vacations by the sea or the annual Busan International Film Festival. However, the city only has six five-star hotels, which makes it very attractive for investors in the luxury hotel businesses", said a spokesperson for Lotte.