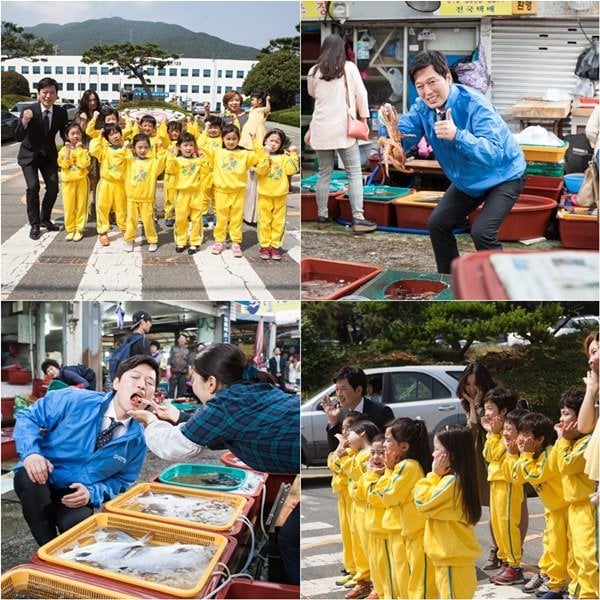 Jung Jae-young from "Assembly" put on a show like a politician.

Pictures of Jung Jae-young show him doing his campaign for an election.

"Assembly" is a political drama about Jung Jae-young a politician who used to be a wielder.

Jung Jae-young is going around carrying out his campaign in the pictures. The scene looks exactly like it is when the time of elections come around. Jung Jae-young is smiling with little children and is posing for image-making. He's also being fed food by a market store owner and is doing his best to earn favors.

He's forcing a smile with an octopus in one hand and a thumbs-up in the other. This is exactly how it is when candidates go around to earn votes.

In reality, the market people didn't recognize Jung Jae-young and believed he was actually running a campaign and asked where he was from.

The producer of this drama said, "This scene delivers a message about those candidates who only act this way during election period and that's that".

Jung Jae-young plays a candidate for Member of Parliament in an imaginary city called Kyeong Jae. He is a welder who becomes a politician one day.

"Assembly" is a human political drama about a wielder who runs a campaign to become a member of the Parliament. It deals with the Assembly which is rarely seen in dramas.

The first episode will be broadcast on the 15th of July at 10PM.

""Assembly" Jung Jae-young puts on a show"
by HanCinema is licensed under a Creative Commons Attribution-Share Alike 3.0 Unported License.
Based on a work from this source