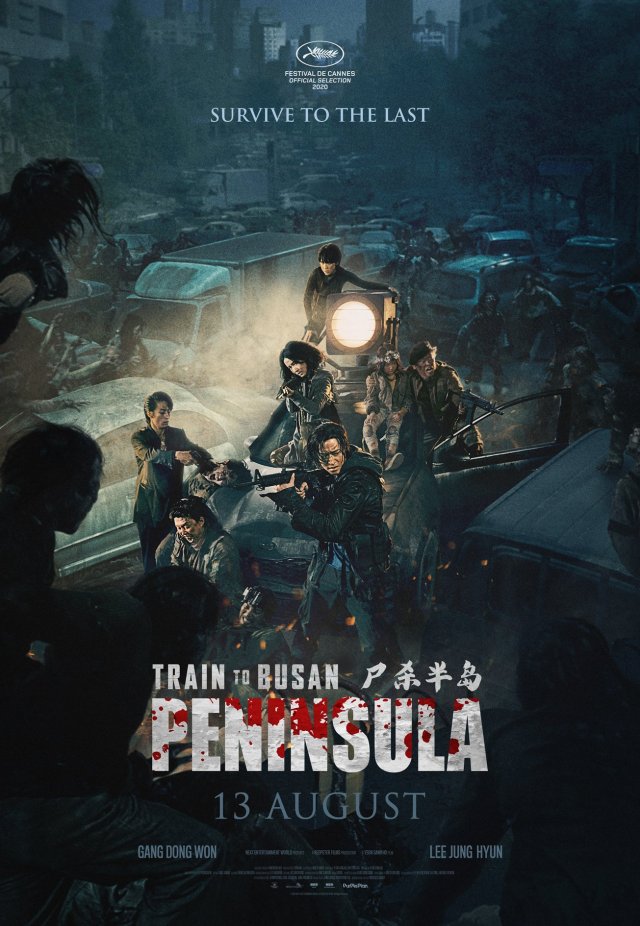 Years after the runaway success of "Train to Busan", zombie fever continues in the highly anticipated korean blockbuster "Peninsula"

"Peninsula" is a zombie action thriller starring Gang Dong-won together with Lee Jung-hyn, Lee Re and Koo Kyo-hwan, as they battle both human and zombies for their own survival in a post-apocalyptic quarantined Korean peninsula, set 4 years after initial zombie outbreak in Busan.

Australia and New Zealand opens nationwide on 13 August, 2020 and will be available in Dolby Atmos in selected screens. Dolby Atmos transports moviegoers inside the story with sound that flows all around them, including overhead. The sound in the cinema envelops viewers, making the story their reality.

Other formats such as 4DX, ScreenX and IMAX will also bring a different kind of cinematic experience, giving audience an immersive adventure ride they will never forget.

Moviegoers will feel like they're inside the action as the sounds of people, zombies, explosions, car chasers and gunfights come alive with breath-taking realism and move throughout the space.