"Awl" Hyun Woo, Yesung and Park Si-hwan at the market 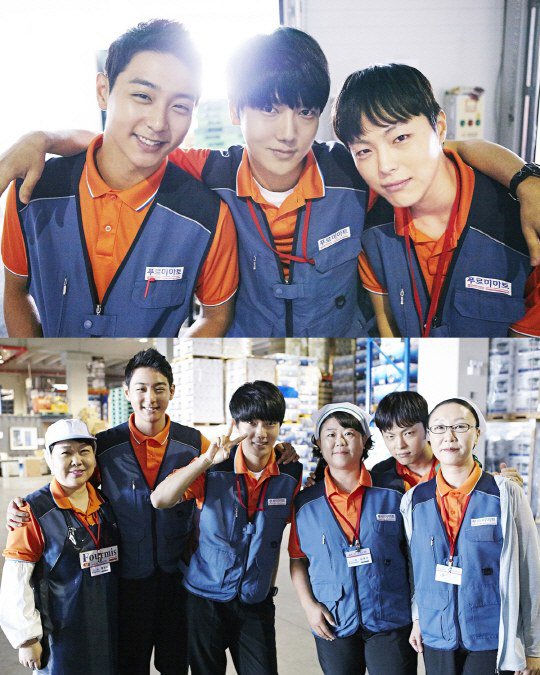 Pictures of the cast in Prumi Mart, the background of the drama were released prior to the first episode of the drama on the 17th.

The pictures show Hyun Woo who plays Joo Kang-min, smiling as brightly as ever. Yesung (Hwang Joon-cheol) and Park Si-hwan (Nam Dong-hyeon) are posing with V's and also frowning.

Hwang Jung-min, Lee Jung-eun and Baek Hyun-joo are part of the old group who have been at Prumi Mart for a long time. The three are known very well for being active in dramas, theater and musicals as well.

Anticipation for the drama rises as rookies and veteran actors and actresses work together as a team to create the perfect drama.

"Awl" is based on Choi Gyu-seok's web-toon which displays Korean reality to the dot. The employees of Prumi Mart are getting along with their work one day when they meet a huge case.

"Awl" is coming in October.

""Awl" Hyun Woo, Yesung and Park Si-hwan at the market"
by HanCinema is licensed under a Creative Commons Attribution-Share Alike 3.0 Unported License.
Based on a work from this source