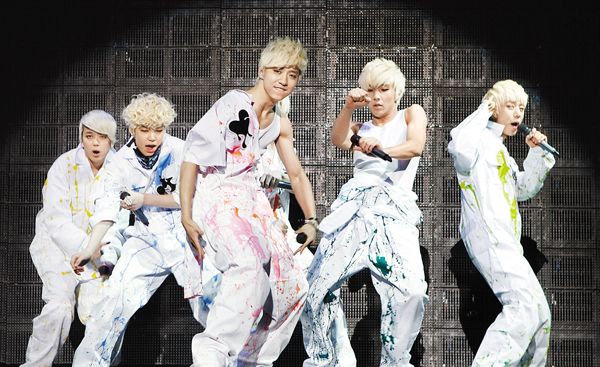 B.A.P has postponed the release of its first EP, aptly titled "No Mercy", because the band was unhappy with the album jacket.

"There was a significant difference between the initial sample and the final product; as the album's concept is centered on vibrant colors, we had no other choice", said a spokesperson from the agency.

However, the group did proceed with the online release of the album yesterday and also took the stage to debut the title song on Mnet's chart show, "M Countdown".

The album jackets will be printed and ready to go on sale July 24.

Despite the technical glitch, the boy band's fame seems to be untainted. TS Entertainment announced Monday that the group had risen to the No. 1 spot in Malaysia with its song "Power".