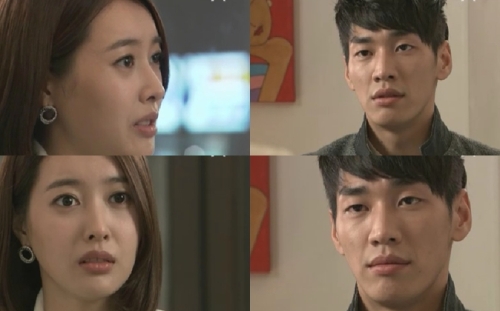 On the latest episode of Channel A drama "Bachelor's Vegetable Store", aired on February 23rd, it turned out that it was Lee Seul-woo (Kim Yeong-gwang) who put the vegetable shop's sing-sing man at risk.

Jin Jin-sim (Wang Ji-hye) found out that it was Lee Seul-woo who incited the problem. She met him and begged not to put Han Tae-yang (Ji Chang-wook) in danger.

However, this just provoked jealousy from Lee Seul-woo. He said, "You will be involved in this unless Han Tae-yang closes his store. I lied to the reporters to take over his shop. I won't change that".

He had taken the path of no return with his affectionate feelings towards Jin Jin-sim, who only thought about Han Tae-yang. His misguided and reckless loving made many feel sorry for him.

Meanwhile, the store members worked hard to change the minds of customers even though they were in a big puddle of mud.

""Bachelor's Vegetable Store" Kim Yeong-gwang explodes with jealousy"
by HanCinema is licensed under a Creative Commons Attribution-Share Alike 3.0 Unported License.
Based on a work from this source