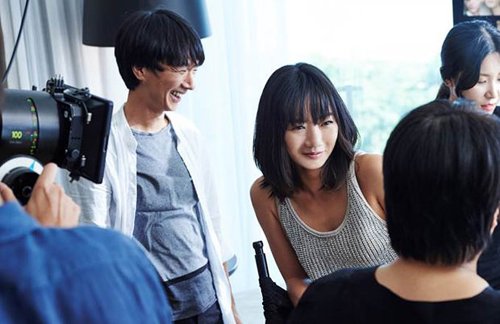 Actress Bae Doona made a web-based film in collaboration with her brother who is a commercial director.

Dedicated to the annual Busan International Film Festival which marks its 20th anniversary this year, the film called "Red Carpet Dream" unveiled on a Facebook site and is running on a cable channel until the opening of the film fest in Busan which starts Oct. 1.

The biographical film tells about Bae, who dreamed of becoming an actress when she was young, and her 20-year acting career.