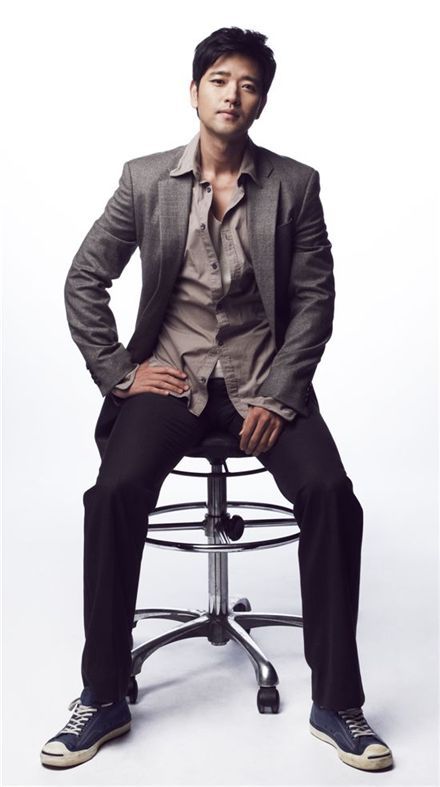 Korean actor Bae Soo-bin will hold his first fan meeting in Japan over the weekend.

A press release from BH Entertainment announced that Bae will meet with about 500 fans at the Nagoya Zero Hall in Tokyo on October 17.

The 33-year-old actor plans on holding various events at the meet-and-greet including playing the guitar for his fans as well as show off his cooking skills as he did in the hit TV series "Shining Inheritance".

He will also hold a hand-shaking and photograph session with fans while also meeting with about 30 local media outlets including Sankei Shimbun and BS11 for interviews.

"Bae had been getting more presents and fan letters from Japan so we realized how popular he has become after being asked to hold a fan meeting in the country", an official from BH was quoted as saying.

Bae's popularity can be attributed to his dramas currently showing in the country -- MBC's historical drama "Dong Yi" is shown Saturdays and Sundays on KNTV and "Temptation of an Angel" has aired every Saturday since August 7.

Bae made his debut in 2002 through China's CCTV's "The Proof of Memories" and since appeared in other dramas such as "Painter of the Wind", which won him the new star award at the 2008 SBS Drama Awards.

His latest drama "Dong Yi" finished its run on October 12, where he played a swordsman who dedicated his life to protect Dong Yi (played by Han Hyo-joo).

"Bae Soo-bin to hold first-ever fan meeting in Japan "
by HanCinema is licensed under a Creative Commons Attribution-Share Alike 3.0 Unported License.
Based on a work from this source