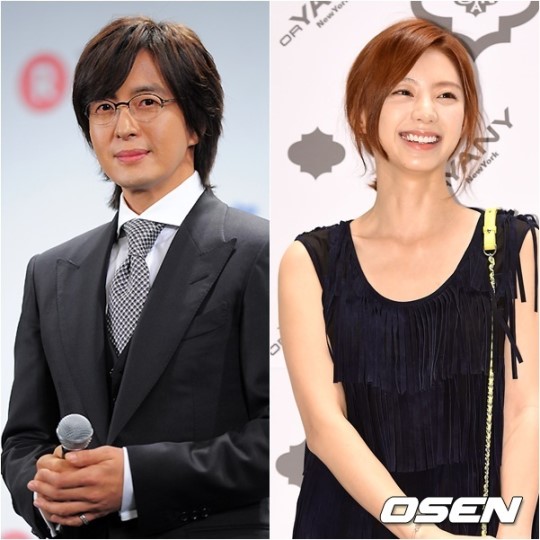 The Video leaker apologizes via Twitter about filming a video of Bae Yong-joon and Park Soo-jin couple's wedding reception without their consent and uploading that video on to the internet. The leaker sent a tweet to the couple's friend singer and producer Park Jin-young on the 31st. It read "Bae Yong-joon and Park Soo-jin. I'm very sorry, I was a refreshments staff at the event. I did not know how I can apologize. So I'm doing it via indirect means. Your wedding looked so lovely". It explained the person's reasons for taking and distributing the video.

In another tweet, the apology continued "I'm sorry. The wedding was like it was ripped out of a movie. The reception was fun. So I filmed a video without your consent. I am sorry that you were disturbed that the video was leaked. I'm deeply sorry. So sorry". The tweet repeatedly apologized to the couple who were hurt by the video.

Previously a video of the couple dancing and kissing at the wedding reception was made public on the internet. It was filmed without consent. As the video made the rounds, the couple's good friend Park Jin-young attacked the leaker. He criticized the fact that the private lives of celebrities were leaked without permission. He posted on his Twitter account "a video of my friend Bae Yong-joon and Park Soo-jin's wedding reception was filmed and released illegally". 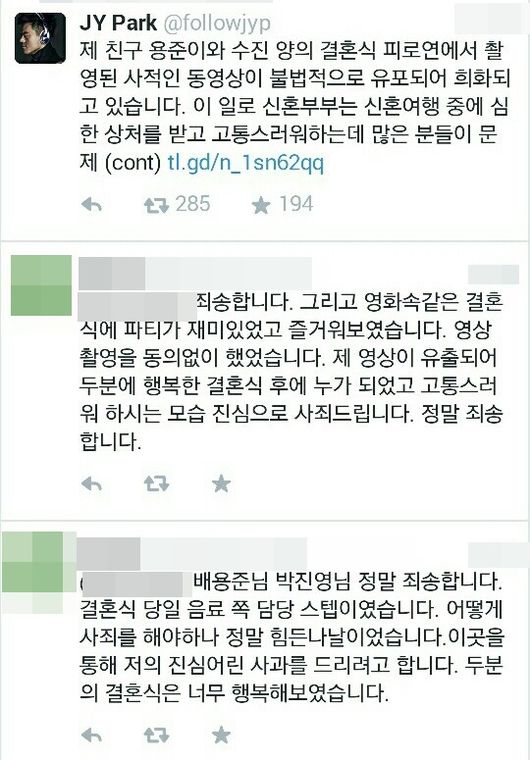 He expressed his displeasure by typing "With this invasion of privacy, the couple were deeply hurt but many people haven't talked out about this problem and even shared the video with others. The video was a scene of the couple, at the end of the reception, being teased with a recording of the song I sang for them earlier". He raged on by typing "It is a very private scene of good friends goofing off in a welcoming environment. Why is it nothing when a video of this is being distributed illegally? I'm so furious".

On the 27th, the couple were wed at a closed ceremony held at Aston house located in Seoul Sheraton Grande Walkerhill. Park Jin-young is a close frinds of Bae Yong-joon who sang at his wedding.

"Bae Yong-joon - Park Soo-jin's Video leaker apologies on Twitter"
by HanCinema is licensed under a Creative Commons Attribution-Share Alike 3.0 Unported License.
Based on a work from this source