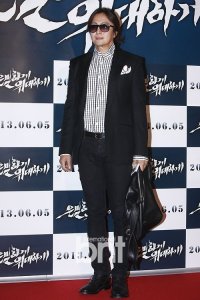 Actor Bae Yong-joon was selected as the most influential figure in the Korean entertainment industry by film magazine Premier. Bae took first place in the list of 100 most powerful figures in Korean entertainment compiled by TV producers, filmmakers, musicians, and agents.

Bae has been chosen for his role in launching the Korean Wave, or hallyu, with his performance in "Winter Sonata" and "Legend of Four Gods". Also recognized was his entrepreneurship in a variety of hallyu-related businesses.

Coming in second place on the list was TV director Kim Jong-hak, who worked with Bae in "The Legend" and heads the Kim Jong-hak Production to make an average of ten TV dramas a year. Several management agency heads were in the top tier of the list, suggesting where the real power lies in the entertainment industry. Others on the list include singer/producer Park Jin-young at seventh place and world star Rain on 20th spot. Immediately following Rain is popular show host Yoo Jae-suk, reflecting his immense power in variety shows. Other influential celebrities...