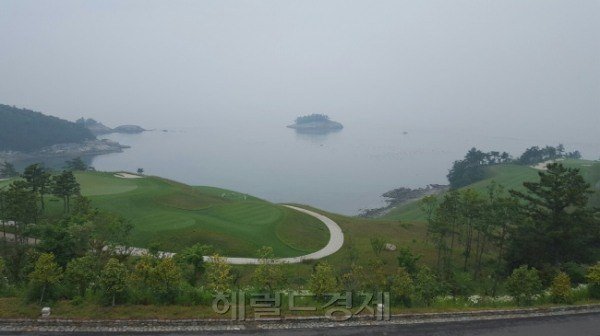 Bae Yong-joon and Park Soo-jin have their wedding coming up this 27th and they are spending their honeymoon not overseas, but at a luxury resort in the south. It's called the South Cape Spa and Suites.

They will be staying there until the 3rd next month. South Cape was assigned to be the best golf resort in 2 years since it was built and it has become a 'must-go' for most foreign celebrities and VIP's who visit Korea. It's become 'the best course in Korea' in several golf magazines too.

Chairman Jeong Jae-bong and his wife who are wealthy and reputable for their fashion business spent over 420 million won (~US$420,000) on this facility which has the best and most luxurious golf course, club house and hotel.

Bae Yong-joon and Park Soo-jin are staying at the most expensive and unshared villa at the resort. One villa costs somewhere between 4 billion to 7.5 billion won (~US$4M~US$7M). The facility is outstanding of course. National billionaires and other corporate from overseas as well as billionaires from Japan and China come to stay there.

The villa that Bae Yong-joon and Park Soo-jin are staying at is located where the scenery is best. Maintenance alone costs 200 million won a year and it costs 100 million won just to spend a day in this villa.

About 10 villas had been completed already at South Cape. We took a look at one of them that cost 6.5 billion won.

As soon as we stepped into the villa through its grand doors, the smell of wood greeted us. The wood was used on the floors of the villa. The indoors was surrounded by ceiling to floor high windows which showed a magnificent view of the garden outside. The South Cape personnel who guided us said, "We chose to design it like this to make it look like the villa was nestled in the garden".

When we drew the curtains back with a remote, the scenery was of the huge pool and the south sea. The first floor was surrounded by glass walls to enjoy the outdoor scenery.

The bedrooms on the second and third floors were decorated with the best furniture and beddings. The European styled bathrooms used marble for its baths and wood for its floors. Only the best materials were used for the bath and sash.

The terrace displayed the south sea in one view and was located on the third floor which had sun beds to lay and relax on.

Pointing to the right, the personnel said, "The villa being build over there is worth 7.5 billion won". It looked like Santorini, Greece.

Every nook and corner of the villa was carved and designed and there was a feel of the work of a craftsman. Everything that filled every room were branded and only the best; the Geneva Sound Systems, Nani Markina's carpets, Duxiana beds and B&B Italia and Ligne Roset furnitures. 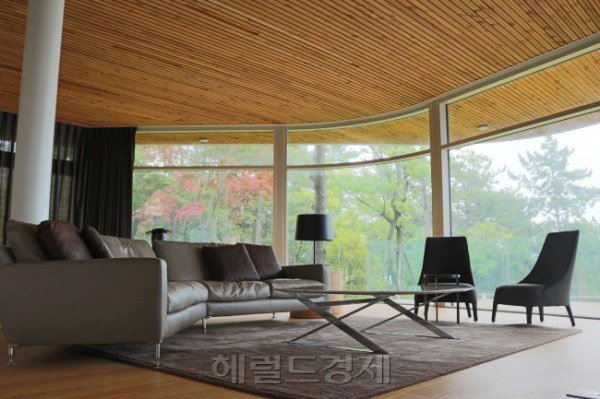 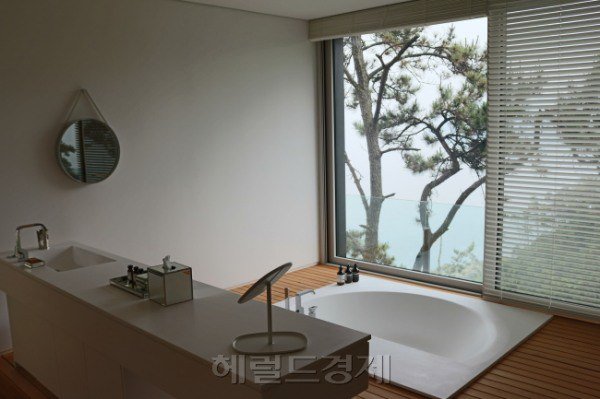 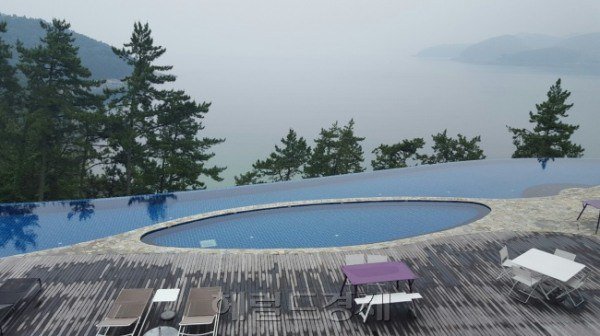 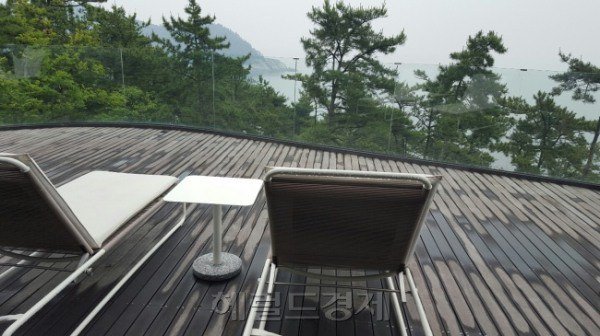 "Bae Yong-joon couple's honeymoon resort worth 7.5 billion won"
by HanCinema is licensed under a Creative Commons Attribution-Share Alike 3.0 Unported License.
Based on a work from this source