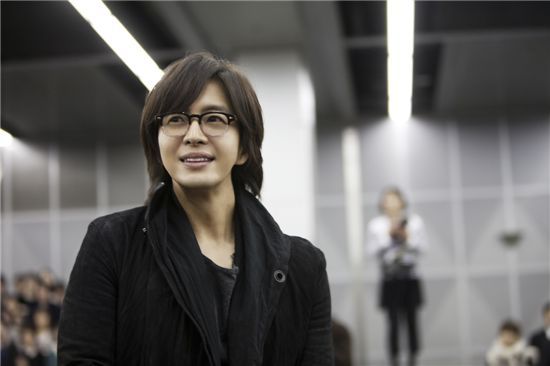 Hallyu star Bae Yong-joon has taken his first picture for his new photograph project this week, according to his agency KEYEAST on Thursday.

KEYEAST announced in a press release that Bae, known for calling his fans his 'family', met with 5,000 fans to take his first 'family photograph' for the event titled "Family Photo Project - We're a family" on December 15.

The "Family Photo Project-We're a family" is where Bae will take photos with his fans in Korea, Japan and throughout Asia to capture the memories. His family photo session in Korea will take place sometime next year.

Bae, 37, rose to mega-stardom in Korea and throughout Asia with the 2002 hit KBS TV series "Winter Sonata".

He has been actively promoting Korean culture in Asia, publishing a photo essay titled "Discovering the Beauty of Korea" last year that has been sold in Korean, Japanese, Taiwanese, Chinese and English as well as being made into a television documentary.

Bae recently finished the first series of the "Miso Project", a philanthropy project to help the children in Cambodia and the Philippines, titled "Message! to Asia" with singer-actors Kim Hyun-joong and Hwanhee. 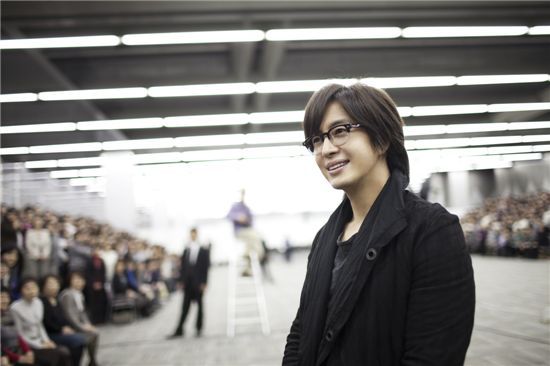 "Bae Yong-joon takes photo with 5,000 fans in Japan"
by HanCinema is licensed under a Creative Commons Attribution-Share Alike 3.0 Unported License.
Based on a work from this source