Bae Yong-joon, Won Bin and Lee Na-young: Will we see them this year? 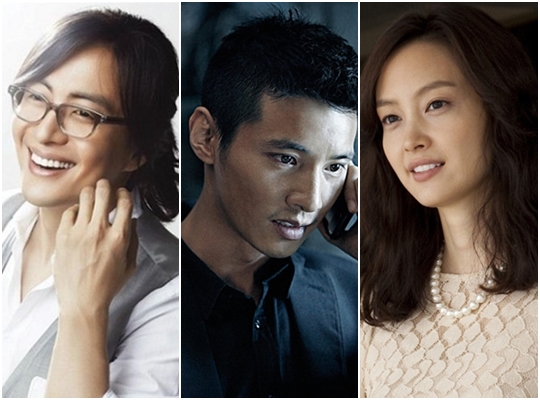 Will we be seeing them this year?

While many are interested in what actors and actresses will be coming forth with, there are a few that are being missed.

Bae Yong-joon who is an Asian star beyond Korea, has been hinting comeback for a few years now and it's becoming more difficult to see him. He made a special appearance in the 2011 KBS 2TV drama "Dream High" but that was all.

His biggest success was "Winter Sonata" which created the new term 'Hallyu' and created a dent in Korean Cultural History. He earned the nickname Yonsama and continued to star in "Untold Scandal" (2003), "April Snow" (2005) and drama "The Legend" (2007).

However, it's been 8 years since he stopped appearing in anything and despite several rumors about his comeback, the timings have come and gone. Pressure increases with time but we hope we see him again sooner or later.

There are fans waiting for Won in. He's 20 years into the biz but his total filmography adds up to about 10. He's known for his meticulousness when it comes to choosing his work but the so-called peak of an actor's life is passing by without bearing.

Won Bin made his debut in 1997 with the KBS2TV drama "Propose". His good looks made him stand out as soon as he appeared and it was enough to draw anyone's attention. He continued to star in "Ready Go" (1997), "Crazy" (1999) and rose as the symbol of a rebellious youth.

Last year, he sent out hope to his fans by telling Elle that "Not right away but I am coming back with something soon and I wait for the day I can smile at my fans again".

However, she's only been seen through photo shoots and commercials. The 2012 movie "Howling" was the last movie she ever made and the drama "The Fugitive Plan B" in 2010. We hope we get to see her colorful person soon in a movie or a drama.

"Bae Yong-joon, Won Bin and Lee Na-young: Will we see them this year?"
by HanCinema is licensed under a Creative Commons Attribution-Share Alike 3.0 Unported License.
Based on a work from this source