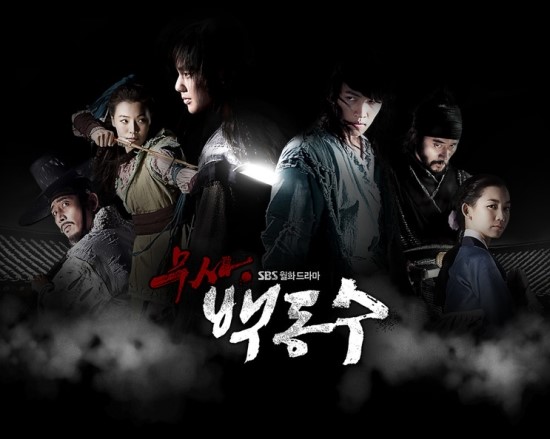 SBS historical series "The Warrior, Baek Dong-soo" saw a slight drop in ratings but claimed its eighth win during the first week of September.

Numbers released by TNmS (Total National Multimedia Statistics) on Wednesday shown that "Baek Dong-soo", into its 20th episode, brought in an average rating of 17.9 percent but decreased by 1.2 percentage points from the previous week.

Figures by AGB Nielsen Media Research revealed that the series brought in an average rating of 17.4 percent, showing a slight drop as well of 0.1 percentage points compared to last week.

Just recently, "The Warrior, Baek Dong-soo", starring Ji Chang-wook and Yoo Seung-ho, was extended by six episodes for a total of 30 episodes.

MBC's historical drama "Gyebaek" came in second place with ratings in the ten to 13 percent range on both charts while KBS' comedy "Spy Myung-Wol" ended its run this week with viewership ratings in the five to six percent mark.

""Baek Dong-soo" sees slight drop in ratings, claims 8th win"
by HanCinema is licensed under a Creative Commons Attribution-Share Alike 3.0 Unported License.
Based on a work from this source