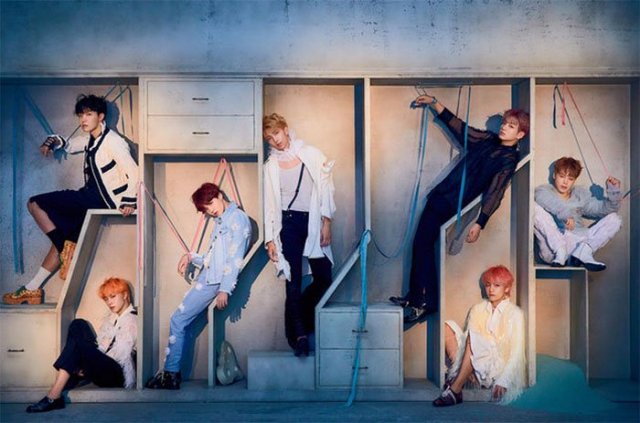 Bangtan Boys, also known as BTS, have become the first K-pop act to have an album certified gold in the U.S.

The band's "Love Yourself: Answer" received the honor from the Recording Industry Association of America for selling over 500,000 copies.

"Bangtan Boys Album Goes Gold in U.S."
by HanCinema is licensed under a Creative Commons Attribution-Share Alike 3.0 Unported License.
Based on a work from this source