Bbaekga after 'brain surgery' said, "Rain cried quietly to prevent losing any hope in me" 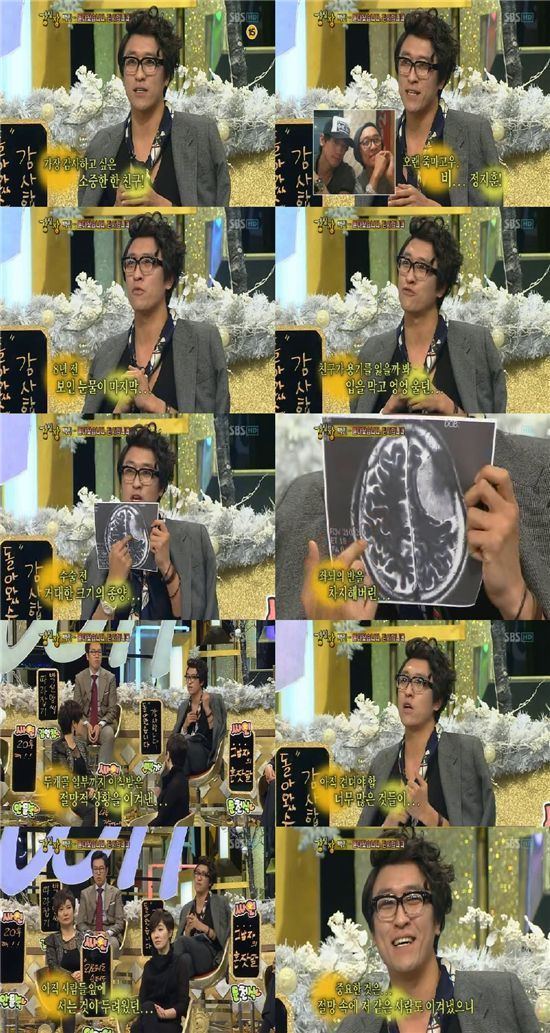 Bbaekga from Koyote sent a "Thank You" message to his best friend Rain; Bbaekga recently had brain tumor removal surgery.

Bbaekga appeared in 'Strong Heart', which aired on the 28th, and said, "I have a friend who I really want to thank. That's Rain".

He said, "While I heard that I have brain tumor, Rain was on his foreign tour. But he came to my house on the next day. As you all know, Ji-hoon (Rain) is a strong guy but he was crying when he saw me. It was his first cry in 8 years".

Bbaekga continued, "Ji-hoon cried while covering his mouth. After he finished crying, he said, 'You know I have great feeling. I think your surgery will be successful'. That gave me so much hope".

He also revealed his tumor picture and said, "When I heard the news I thought, 'Why me?' Even though the surgery was successful, I really hated the scar from it. I didn't even want to meet anybody for a period of time after the surgery".

"Bbaekga after 'brain surgery' said, "Rain cried quietly to prevent losing any hope in me""
by HanCinema is licensed under a Creative Commons Attribution-Share Alike 3.0 Unported License.
Based on a work from this source