Be Aware for the UPCOMING MOVIE 'Arrow, The Ultimate Weapon' 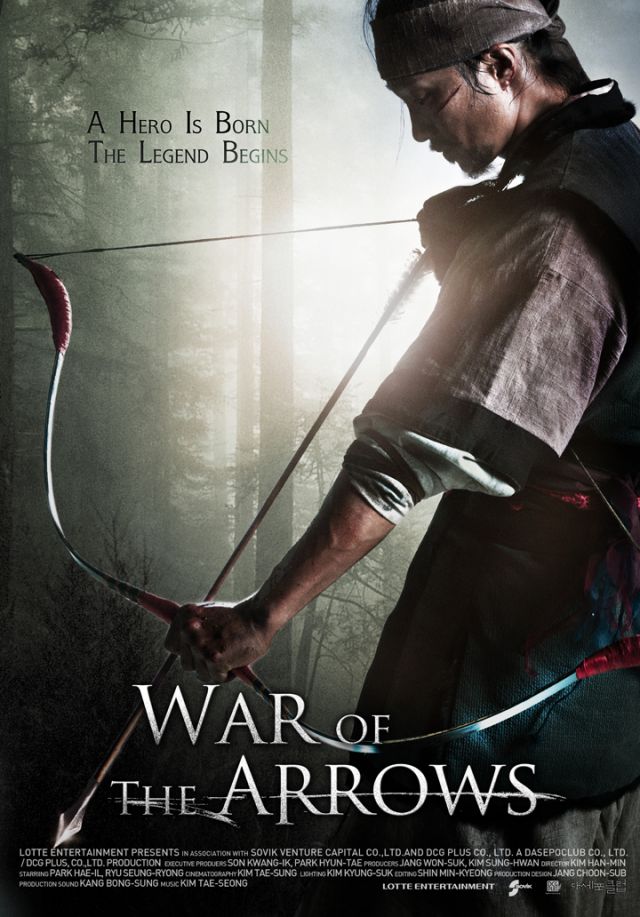 Park Hae-il Will SURELY Pierce the Hearts of All Women in the US!

Here's a brief synopsis:
Nam-Yi uses an arrow that is only 1/3 of the traditional arrow size and weight, making it superior in velocity, force, and range. His arrows make it hard to detect the shooter's location, thus ideal for an ambush. On the other hand, Jyu Shin-Ta uses an arrow that is 24 times heavier than the traditional arrow, tearing apart targets with just one shot. Different features and actions that are performed by each bow will keep you on the edge of your seat with action that has never before been experienced in Korean film history.

The man who is winning women's hearts THIS summer is the hero of "Arrow, The Ultimate Weapon", Park Hae-il. Park Hae-il plays Nam-Yi, who is willing to do everything in his power to save his sister. Although normally blunt and cold, he becomes a caring and passionate person when it comes to his sister. Although known to greatly portray delicate sentiment as seen in his previous films, Park Hae-il took his first leap into action after 10 years of his acting career. With an impressive ability to take on this action role, Park Hae-il's exuding charisma has garnered more than 7 million viewers in 6 weeks and is looking to be the highest box office of the year. Like the "Won Bin Effect" in 2010, we can surely expect to see a "Park Hae-il Effect" rage against all and pierce the heart of women around the world.

WHY SHOULD YOU PAY when you can get tickets for FREE?
Just VOTE on our Arrow Movie Website, Promo Page
Question: Which EYES belong to Park Hae-il? 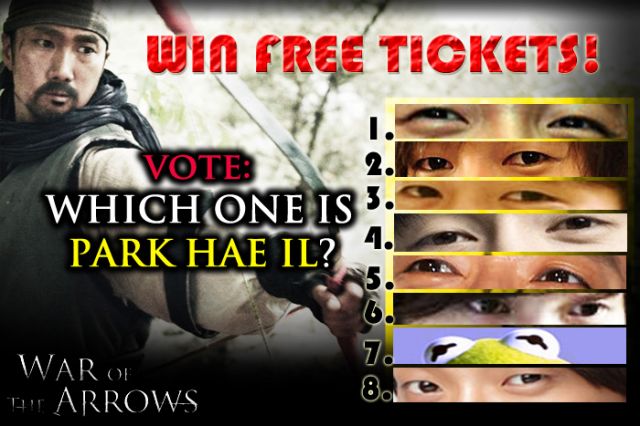 "Be Aware for the UPCOMING MOVIE 'Arrow, The Ultimate Weapon'"
by HanCinema is licensed under a Creative Commons Attribution-Share Alike 3.0 Unported License.
Based on a work from this source