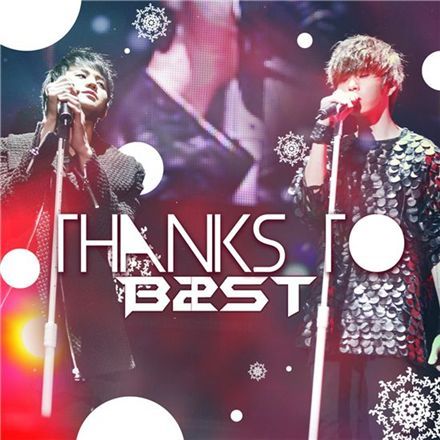 Cube Entertainment announced in a press release on Wednesday that Jun-hyung and Yo-seop's hip-hop track "Thanks to" from their upcoming album "My Story" will be revealed along with a video preview, in the format of a drama, on their official fan webpage and YouTube channel.

"Thanks to", featuring a powerful bass sound with rap by Jun-hyung, was also composed and written by both members.

On Tuesday, the agency revealed the first track "When the Door Closes" by members Yoon Doo-joon and Dong-woon from "My Story", which includes four tracks and the soft version of "Lights Go On Again".

Known as one of the hottest boy bands, BEAST made their debut in October 2009 with their first mini-album "BEAST IS THE B2ST", producing hit songs such as "Bad Girl", "Shock", Easy" and "Soom".

The boys recently returned to the local music scene with their new album "Lights Go On Again" and have been promoting its title track "Beautiful" which has topped various online music charts since its release in early November.

They also held their first solo concert titled "WELCOME TO BEAST AIRLINE" on December 12 where they revealed the new songs.