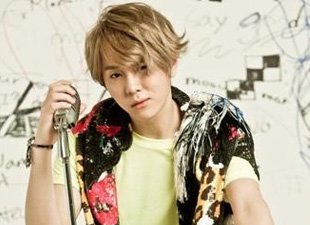 Following in the footsteps of his fellow group mates -- Lee Gi-kwang and Yoon Doo-joon -- Yong Jun-hyung will also be taking on a acting role in an upcoming new drama.

According to the producers of a cable drama called "Monstar", Beast's rapper will be a part of the cast. The drama will air on a cable channel starting in April, revolving around the talent audition craze.
It will be a drama set against a high school backdrop, featuring the stories of some of the students that are aspiring music stars.

Joon-hyung will play the role of a cynical and rought-around-the-edges vocalist in a fictional boy group called Men In Black.

"Monstar" will start its run on April 6th.

"BEAST's Yong Jun-hyung Cast In Drama"
by HanCinema is licensed under a Creative Commons Attribution-Share Alike 3.0 Unported License.
Based on a work from this source