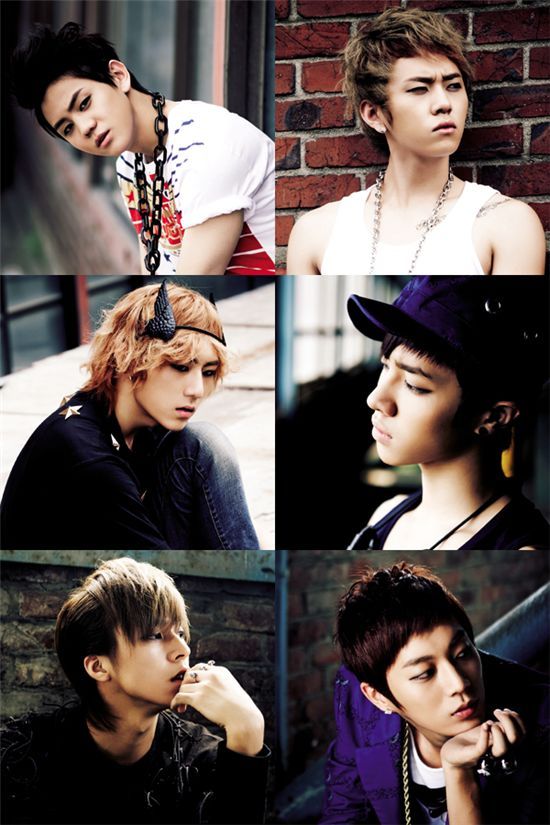 Boy band BEAST will launch their activities as duo units starting tomorrow, according to the band's agency Cube Entertainment on Monday.

A press release by Cube announced that members Yo-seop and Jun-hyung's hip-hop number "Thanks To" will be released at 5 p.m. on Tuesday, followed by Hyun-seung and Lee Gi-kwang's R&B number "Let It Snow" the next day, and Yoon Doo-joon and Dong-woon's ballad duet whose title can be translated as "When the Door Closes" another day after.

In addition, a soft version of BEAST's song "Lights Go On Again", from the boys' fourth mini-album of the same name, will be unveiled on Friday.

The duet songs, in which all six boys took part in composing and writing, were first revealed at their first-ever concert on December 12.

BEAST debuted in October 2009 with their first mini-album "BEAST IS THE B2ST". Their Japanese debut came a year later in November 2010 with the album "BEAST-Japan Premium Edition" which ranked No.6 on the prestigious Oricon daily chart upon its release on November 23.

"BEAST to launch activities as duo units"
by HanCinema is licensed under a Creative Commons Attribution-Share Alike 3.0 Unported License.
Based on a work from this source